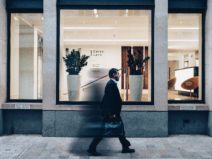 One of the more popular negotiation topics in business is how to bring outsiders to the bargaining table. Here is a negotiation example examining such a scenario:

The U.S. Federal Trade Commission (FTC) filed a complaint against the two companies, arguing that Schering-Plough made the payment to keep Upsher-Smith’s generic product off the market. Harvard Business School professor Max H. Bazerman, an expert witness for the FTC in the case, viewed the agreement as an attempt by the companies to create value at the expense of consumers. The administrative law judge in the case ruled in favor of the firms, arguing that the FTC had not offered evidence linking the market delay to the $60 million payment. Ultimately, the FTC commissioners overruled the judge, insisting that the firms would not have arrived at the two agreements independently.

Scholars at the Program on Negotiation at Harvard Law School encourage negotiators to work together to create value. Whether it leads to higher sales, better products, or more efficient services, value creation typically benefits not only the parties involved but also society at large.

Unfortunately, we sometimes focus so narrowly on creating value for those at the bargaining table that we overlook the effects of our agreements on our customers, our community, and our society. Such “parasitic value creation” is most likely in small markets with only two or three major players, according to Bazerman. Future generations also can be the victims of parasitic value creation.

Rather than scrapping any agreement that might have a negative impact on some, Bazerman advises you and your counterpart to consider how the value you’re creating for yourselves compares to the impact of your agreement on parties not at the table. If the agreement would achieve a net increase in value to society, you should be able to proceed with a clean conscience.

Negotiation Topics in Business: Dress the Part at the Bargaining Table

Adapted from “Why Your Negotiating Behavior May Be Ethically Challenged—and How to Fix It,” first published in the Negotiation newsletter, April 2008.

No Responses to “Business Negotiation: When is an Outsider Needed at the Negotiation Table”