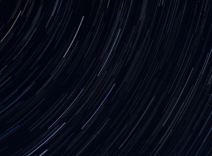 Take the statement that U.S. secretary of state Rex Tillerson made during his visit to China in March: “The U.S.–China relationship has been guided by an understanding of non-conflict, non-confrontation, mutual respect, and win-win cooperation.”

To many ears, the phrasing might sound uncontroversial. The reference to “win-win cooperation” seems to be straight out of an American business negotiation class, and therefore not unexpected from Tillerson, who was the CEO of ExxonMobil before joining the Trump administration. The notion of “mutual respect,” as well as the goal of avoiding conflict and confrontation between two Superpowers, also seems innocuous.

Yet for many Asia experts in the United States, Tillerson’s messages of mutual-gain negotiations were startling. “The American foreign policy establishment . . . criticized Tillerson almost unanimously with full firepower” for his statement, writes D. D. Wu in The Diplomat magazine.

Why the strong reaction from U.S. policy experts? Because to them, the statement sounded familiar—and it sounded like capitulation.

Chinese officials have used phrases such as “win win” and “mutual respect” to describe their goal for U.S.–China relations, as it turns out. In the Morning Call, Laura Rosenberger, a former foreign policy adviser to presidents George W. Bush and Barack Obama, described Tillerson’s adoption of phrases used by Chinese president Xi Jinping and other Chinese officials as “nearly verbatim.”

In Beijing, “win-win cooperation” and “mutual respect” are much more than negotiation pleasantries. They convey the desire in China for the United States to respect its “core interests,” writes Simon Denyer in the Washington Post. And those core interests can be very controversial, encompassing China’s dealings with Taiwan, Tibet, and Hong Kong.

It’s common for Chinese diplomats to press for language that will signal “accommodation, non-interference, and spheres of influence,” according to Rosenberger. In 2009, she notes, the Obama administration took heat for agreeing to a joint statement, pushed by China, in which the two countries promised to “respect and accommodate each other’s core interests.” The statement unintentionally signaled a hands-off approach toward Beijing that “took years and lots of hard work” for the Obama White House to correct, writes Rosenberger.

A Rationale for “Win-Win” Talk

Now observers speculate that Chinese officials may have pressed Tillerson to signal that the Trump administration will allow China free rein to pursue its interests. The risk is that China will see the language as a green light to make aggressive moves, perhaps in the South China Sea, that U.S. allies may find threatening.

But, writing in the Diplomat, East Asia expert D. D. Wu argues that U.S. foreign-policy experts such as Rosenberger may have overreacted to Tillerson’s choice of “win-win” language. In an interview with the International Journal Review, Wu notes, Tillerson said he’d achieved negotiation successes in the private sector by making few public statements about talks. This policy helped the government officials with whom he negotiated avoid controversy—and apparently led to win-win situations.

Thus, Tillerson may have seen value in signaling capitulation to help his counterparts save face in public, while taking a tougher stance in private, Wu concludes. She notes, for example, that the United States recently rejected a request from China to respect its air defense zone over the territory it has claimed in the East China Sea. A concession on language may have seemed relatively inconsequential as compared to the substance of talks carried out with China behind closed doors—a potential negotiation win-win.

In negotiation, it’s smart to make tradeoffs on issues you care little about in exchange for concessions you care more about. However, when it comes to framing public statements, making concessions to cater to your counterpart can be risky.

First, sending a false or misleading message to outsiders can lead to confusion and criticism. Second, your counterpart may expect you to negotiate in harmony with your public statements. Third, you can damage your own interests and reputation by making commitments that you don’t intend to keep.

So, think carefully about the consequences before making public statements about an upcoming or ongoing negotiation—such as a commitment to win-win agreement—that differ from your private stance, as the result may not be a win-win in the end.

Have you ever found yourself making concessions in public statements to please a negotiating counterpart?

No Responses to “When a Win-Win Negotiation Creates Controversy”