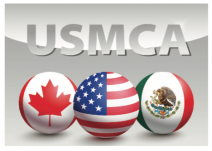 When trust between negotiators is low and rancor is high, they may have difficulty accepting a mutually beneficial deal even as it stares them in the face. As 2019 drew to a close, House Democrats were trying to come to terms with a renegotiated North American Free Trade Agreement (NAFTA) that checked off many important boxes for them on trade but that would hand President Donald Trump a significant political victory.

On the road to yes

On October 1, 2018, Canada, Mexico, and the United States agreed to a revised version of NAFTA dubbed the U.S.-Mexico-Canada Agreement (USMCA). It included new provisions that Democrats have long wanted, such as pushing automakers toward making more cars in North America and strengthening labor unions in Mexico, according to the New York Times. Like Trump, many Democrats have been unhappy with the steady migration of U.S. jobs to Mexico after NAFTA was ratified in 1993.

Democrats faced competing political rationales for passing the trade deal, aside from their substantive interest in getting the deal right.

Democrats didn’t raise wholesale objections to USMCA, but they did say it would need to be strengthened before they could pass it. They wanted enforcement provisions for new labor and environmental rules in Mexico and objected to new protections the USMCA gives to pharmaceutical companies.

The president and many congressional Republicans were eager to pass a deal that they say will help American businesses and farmers. For months, U.S. trade representative Robert Lighthizer, the lead U.S. negotiator in the talks with Canada and Mexico, has negotiated with congressional Democrats to meet their concerns about USMCA.

“It has been a patient give-and-go, and I think we have moved the ball toward the goal,” Democratic representative Richard E. Neal said in October.

“We are on a path to yes,” House speaker Nancy Pelosi confirmed.

An appeal to logic

Ironically, the House impeachment inquiry into Trump gave Democrats an incentive to reach agreement on the USMCA. Passing the trade deal would counter the criticism that the House was too busy with impeachment to pass significant legislation. But USMCA passage would also put Democrats in the uncomfortable position of allowing Trump to score a political win. Thus, Democrats faced competing political rationales for passing the trade deal, aside from their substantive interest in getting the deal right.

Republican senator Rob Portman reminded Democrats that voting no on USMCA would mean sticking with NAFTA, which he said they consider to be “a four-letter word.” “I think logic just prevails in the end,” Portman told the Times.

A spoonful of sugar

In late November, Neal said the White House and House Democrats had three remaining issues to resolve, down from five, according to the Wall Street Journal. “By any standard, what we’ve already negotiated is substantially better than NAFTA,” he told the Times.

Lighthizer reportedly built trust with lawmakers and labor unions by asking Republican allies such as the Chamber of Commerce to give up “a little bit of sugar,” the Times writes. Portman said the deal was beginning to look more like one that “would’ve been negotiated under the Obama administration.” In fact, some Republicans felt the bill was so far to the left that they were reluctant to support it.

Ultimately, the parties got to yes. On December 19, the day after Trump was impeached along party lines, the House voted overwhelmingly (385-41) to approve the USMCA; the Senate was expected to ratify the deal in early 2020. It wasn’t the end of the story: The Mexican and Canadian governments still needed to approve the U.S. revisions.