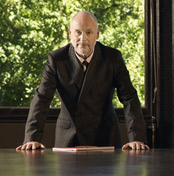 How can you negotiate with someone who seems irrational? First, by questioning whether it is reasonable for you to judge your counterparts as irrational. As it turns out, behavior that negotiators often view as evidence of irrationality may in fact indicate something entirely different. Misjudging others as irrational can lead you to make costly strategic errors.

Consider the founder and CEO of a small firm who became involved in a dispute with a former employee whom we’ll call Dave. Dave claimed that the CEO owed him $130,000 in sales commissions for the work he had done prior to leaving the firm a few months earlier. The CEO believed that Dave had no basis for his claim.

According to the CEO, at the time Dave was fired, the company’s accounting system was a mess, and records had been kept poorly. Since then, the firm had hired a new accountant and cleaned up the books. The records now clearly revealed that Dave actually had been overpaid by $25,000; if anyone had a claim to make, it was the firm.

Hoping to resolve the dispute amicably, the CEO telephoned Dave, reviewed the accounting records, and offered to send him a copy. The CEO made it clear that he was uninterested in litigation, but that if they went to court, he would certainly win and collect the $25,000 he was owed. Finally, he offered to forgive the $25,000 overpayment if Dave agreed to forgo litigation entirely.

The CEO was perplexed. There was no way Dave would win a legal battle. Why was he being so irrational? The problem was not irrationality, but a lack of credible information. Because Dave didn’t trust the firm’s accounting records, he was confident that he was in the right.

The CEO obtained a third-party audit from a professional accounting firm and sent the audit results to Dave. Having this information affected Dave’s assessment of his likelihood of winning in court, made litigation less attractive, and brought him to the negotiation table.

In negotiation, your opponent’s apparent irrationality may actually reflect a lack of information. If someone walks away from what you know is a good deal for him (or at least a better deal than his alternatives), don’t assume he’s being irrational. Instead, make sure he understands why he shouldn’t pass up the deal. He may have misunderstood or ignored crucial information. If you can help the other side become better informed, he will make better decisions and avoid seemingly irrational behavior.

No Responses to “When irrationality isn’t the issue”