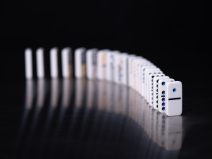 We recently spoke with Guhan Subramanian, the Joseph H. Flom Professor of Law and Business at Harvard Law School and the H. Douglas Weaver Professor of Business Law at Harvard Business School, regarding trends in merger and acquisition strategies and how that’s impacting negotiations.

Negotiation Briefings: In your research, you’ve found that the way in which public companies are sold has changed a lot in the past 10 years. Can you explain how?

Guhan Subramanian: Merger and acquisition strategies used to be somewhat simple in that the board of directors of a company that wants to put itself up for sale would hire a banker, and the banker would call 20 potential buyers. After an auction, the high bidder would sign a merger agreement with the target company, and they would announce the deal. Once the deal was announced, there would be a “no shop” provision, which meant that the selling company’s board of directors could no longer shop it to other buyers between the signing and closing of the deal, though the seller’s board had the right to respond if a higher bidder came along during that window.

But about 10 years ago, bankers and lawyers came up with a “go shop” provision, which turns “no shop” on its head. Under a go-shop provision, the seller’s board negotiates with a single buyer and then announces the deal. After that, the seller’s board has the ability to shop around for a higher bidder. They call about 30 or 40 other potential buyers, who then have about 30 days to decide whether to make a bid or not.

How merger and acquisition strategies are changing with public companies

NB: From the seller’s perspective, has go-shop been an improvement on no-shop?

GS: Back in 2008, there was some concern that a go-shop would be used as a fig leaf to cover up what management wanted to do in the first place. Under a go-shop, the seller’s management might choose a favored buyer, which would guarantee management they could keep their jobs, and management would sell the company for a lowball price. But in my data, I found that actually there was a lot of competition during the go-shop process. The selling shareholders got better prices, on average, through this go-shop process than through the no-shop route. Today, a lot of bankers and lawyers will say that a go-shop is the right way to sell a company, as it avoids the risks under a no-shop of a busted auction or employees fleeing the target company after the deal is announced and before it closes.

NB: How has the process continued to evolve?

GS: I’m finding in my current research that the lawyers and bankers for the buyers have merger and acquisition strategies that get really creative in negotiating the go-shop provision in a way that makes the bidding process less competitive. For example, 10 years ago, you’d have a 45-day go-shop window. Today, it can be as short as 25 or 30 days. Obviously, the shorter the go-shop period, the more difficult it’s going to be for the seller’s board to find a third party to make a higher bid.

Lawyers and bankers are also increasingly negotiating for a matching right, which is the ability for the original bidder to match the bid of any higher bidder that comes along. That can scare away third-party bidders, who might fear either walking away with nothing to show for their efforts or else fear the winner’s curse—bidding more than the target company is worth. Clever lawyers for the buyer have introduced such deal structures, which make it a lot harder for a third party to emerge.

NB: How has that affected merger and acquisition strategies overall?

GS: Ten years ago, a “deal jumper”—a third party that makes a bid during the go-shop period—would emerge roughly 10% to 15% of the time in these go-shop deals. Today, the jump rate has gone down. By shrinking the go-shop window, increasing match rights, and so on, buyers are able to short-circuit competition for the target company.

NB: So the buyers have become more savvy negotiators?

GS: Buyers want deal certainty, while sellers have an obligation to try to maximize the price they receive. For example, a private-equity buyer might even guarantee management of the target a certain compensation as an incentive to close the deal, even if a deal jumper could pay more to the target’s shareholders. Those incentives are getting in the way of the best deal for the company. Lately, go-shops are often reducing competition because of the new complexity that lawyers and bankers have introduced.

Have you found new merger and acquisition strategies make big differences in the way companies are bought and sold?