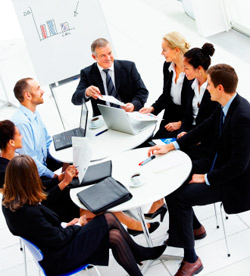 If you’ve ever been disappointed by the negotiation results of your sales force, you’re not alone. There could be many reasons for your employees’ unimpressive results, but there are two most likely culprits: a failure to understand what constitutes a good agreement and a failure within your organization to reward negotiators for meeting the organization’s most important goals.

Regarding the first problem, professor Linda Babcock of Carnegie Mellon University asked a group of executives from the same organization to assess the quality of a set of negotiated deals. Interestingly, despite belonging to the same organization, these professionals disagreed about what constituted a good deal for their organization. Analyzing the executives’ decisions, Babcock found they weighted the importance of various issues in the deals very differently.

This finding suggests that your negotiators may be overweighting some issues at the expense of others that you believe to be more important. For example, they may be focusing on the deal’s price or net revenue without giving enough care to the relationship, the opportunity costs incurred, or other attributes you may value more. As a manager, you must be clear about the goals your negotiators should be trying to achieve.

Perhaps you’re already aware of this problem and working to address it. Sales managers often complain to me that their salespeople focus only on price, that they do a poor job of managing relationships, or that they fail to create value despite having been trained to do so in negotiation classes. Essentially, they say that their sales force consists of pretty good hagglers who fail to do much of what they learn in executive-level negotiation courses.

A key question in this situation is how the sales force is compensated—in other words, what negotiators are rewarded to do. Usually, they turn out to be rewarded based exclusively on sales volume—not on profit, not on managing relationships, and not on making wise decisions for the organization.

Back in 1975, management scholar Steven Kerr published a famous article titled “On the Folly of Rewarding A, While Hoping for B.” This folly is alive and well within sales organizations in 2008. Negotiation training is important, but it must be followed up with in-house discussions. In addition, explore the possibility that your sales force is doing exactly what they are rewarded for doing-and that this doesn’t happen to be what you really want from them.

No Responses to “Set your sales force up for success”