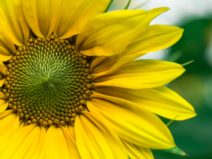 In negotiation, even when not based in reality, the expectation that someone is “tough” or “cooperative” becomes a self-fulfilling prophecy at the bargaining table. When you approach an allegedly tough competitor with suspicion and guardedness, he is likely to absorb these expectations and become more a more competitive negotiator.

Research has shown that negotiators who were believed to be competitive (though this reputation was randomly assigned) were treated by their counterparts with suspicion. In turn, negotiators who were believed to be tough responded by acting tough; they failed to share information or to persuade the other party to make concessions. The result? Subpar bargaining outcomes for both sides.

Reputations can be “sticky.” Once they are formed, they become fixed in people’s minds. When we get new information about the negotiator across the bargaining table, we tend to dismiss it and instead remain focused on our initial views and impressions. Research suggests that it’s easier to tarnish a good reputation (for cooperativeness) than it is to reform a bad reputation (for toughness).

All the more reason to cultivate a cooperative reputation from the start and strive to maintain it at all costs. As Shakespeare wrote in Richard II: “The purest treasure mortal times afford/ Is spotless reputation: That away,/ Men are but gilded loam or painted clay.”

Discerning Friends from Foes in Negotiation

You might be surprised to learn that warmth and competence make up a full 80% of our judgments of others.

In both personal conversations and negotiation conversations, we perceive warmth before competence and usually weigh warmth more heavily. In certain conditions, such as hiring and promotions, however, we care more about competence than warmth, according to Amy Cuddy, social psychologist, Harvard Business School assistant professor and Program on Negotiation faculty member.

These facts make sense when viewed in light of human evolution. Like our earliest ancestors, when encountering a stranger, we try to quickly size up whether the person is a friend or foe.

That is, we ask ourselves, What are her intentions toward me?

Intentions can be judged on a continuum ranging from warm to cold.

Warmth encompasses traits such as trustworthiness, sincerity, friendliness, and kindness; coldness encompasses opposite traits, from deception to cruelty, write Cuddy and her colleagues.

After determining someone’s intentions toward us, we next assess her ability to carry them out.

That’s where competence comes in:

In negotiation conversations, will a counterpart react positively to your attempts to create value, or will he try to take advantage of such efforts?

If a counterpart seems to care only about his own outcomes, how capable is he of grabbing the lion’s share for himself?

Without even realizing it, we make such assessments in the earliest moments of a negotiation.

Have you ever made a bad first impression during negotiation? Share your story with us in the comment section below.

This article was originally published in 2012 and has been updated.

One Response to “Why First Impressions Matter in Negotiation”