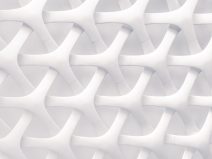 “A huge mistake.” “A shot in the dark.” “An audacious move.” No matter what negotiation techniques you employ, there can always be adverse reactions. Those are a few of the media’s characterizations of wireless carrier AT&T’s acquisition of media and entertainment firm Time Warner, announced on back in October, 2016, for $85.4 billion.

Some analysts believed the deal would help both companies grow. AT&T would become the first U.S. wireless company to compete nationally with cable companies by offering an online-video bundle, similar to a cable-TV package, that would include Time Warner networks CNN, HBO, and TNT, as well as Warner Bros. productions. Meanwhile, Time Warner, long tethered to the cords of cable TV, would finally move into the wireless world.

But reactions to the announcement were mixed, with several pivotal issues attracting attention.

In dealmaking, top negotiators consider how a potential partnership is likely to affect parties who aren’t seated at the table, including customers and the public. This is especially true when you’re negotiating within an insular environment, as with an inter-industry partnership or a merger between corporations. Taking time to think about how your partnership will affect others not only should lead you to make more ethical decisions but also will help protect you from a public backlash and scrutiny from authorities.

2. A possible culture clash. Another open question in the merger between AT&T and Time Warner was whether the companies’ very different cultures would mesh successfully. Time Warner subsidiaries such as HBO, whose culture the New York Times characterized as “freewheeling,” could clash with “buttoned-up” AT&T.

AT&T’s leaders reportedly reassured the heads of HBO and other Time Warner entertainment divisions that they would retain full creative control of the content they produced and receive the funds they needed to succeed, but some observers were skeptical.

As part of their toolbox of negotiation techniques, professional negotiators take time to discuss not only the potential financial synergies of their proposed partnership but also how they combine personnel, assets, and cultures.

3. A high level of uncertainty. Given the volatility in the media and communications industries, most observers considered the long-term success of the AT&T–Time Warner merger to be highly uncertain. New York Times technology writer Farhad Manjoo called the agreement “speculative,” a “Hail Mary pass” aimed at doing “something, anything, to get some grip on a rapidly changing future.”

In your own negotiations, you might be able to reduce uncertainty about the future through a contingent contract—an “if, then” guarantee that you will each take certain actions based on how the future plays out. AT&T and Time Warner negotiated contingencies to protect themselves during the time period before the deal’s closing, stipulating the payments they would make in the event that regulators scotched the deal or Time Warner accepted a better offer.

A contingent contract can reduce risk and uncertainty not only during the pre-closing period but also during the implementation stage of a deal. For example, if you are doubtful that a potential partner will be able to reach an ambitious delivery date for a new product, you could build incentives for on-time completion or penalties, or both, into your contract.

4. A possible “winner’s curse” situation. In auctions and other types of bidding competitions, the winning bidder often pays more than the commodity up for sale is worth. This phenomenon is known as the winner’s curse because, as anticipated benefits fail to materialize, the “winner” may end up wishing she hadn’t gotten the prize.

In an interview with Fortune.com, Zacks Investment Management president Mitch Zacks characterized the AT&T–Time Warner deal as a classic example of the winner’s curse: “Essentially, what is happening is AT&T is paying more for Time Warner than any other entity is willing to pay. . . . So by definition, it’s overpaying.”

Legendary dealmaker Bruce Wasserstein, who died in 2009, advised negotiators seeking to avoid the winner’s curse—or “winner’s dilemma,” as he called it—to assess whether they have a “comparative advantage” over other bidders, such as unique knowledge, capabilities, or resources, that would justify a high bid. AT&T supported its high bid for Time Warner by saying it was uniquely positioned to achieve synergy from its new relationship with Time Warner. Time will tell if AT&T ends up capitalizing on such an advantage, if it does exist, or feeling cursed by the acquisition.

What are your thoughts on the negotiation techniques used in this high-profile case?

This is an excerpt from an article in the February 2017 issue of the Negotiation Briefings newsletter.