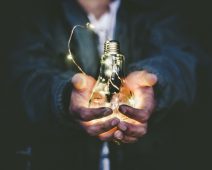 In his book Bargaining for Advantage: Negotiation Strategies for Reasonable People (Penguin, 2006), G. Richard Shell analyzes this story from Nancy Griffin and Kim Masters’s book Hit & Run: How Jon Peters and Peter Guber Took Sony for a Ride in Hollywood (Simon & Schuster, 1996) as an example of the deceptive tactics negotiators sometimes use to get what they want, and the negotiation ethics in play.

Negotiation Ethics – Top 5 Lies and Deception at the Bargaining Table

Here are five other common types of deception you may come across in negotiation, according to Richard Shell:

1. Lies about bottom lines and alternatives.

A counterpart’s statements about just how low (or high) she’ll go should be taken with a grain of salt, writes Shell. Avoid being had by researching the other side’s claims and reputation, and by exploring your alternatives to the current deal before you commit.

Beware of any offer that’s much better than you expected, especially from a counterpart you don’t know very well. After you commit to a lowball price, the other party might try to tack on less-desirable deal terms. One tip-off that you could be getting a raw deal, according to Shell, are questions that are hypothetically phrased, such as “Would you buy this today for $X?” If an offer is framed in the abstract, ask for more concrete wording—such as, “I am offering this to you today for $X”—you will want to insist on seeing the fine print.

You may find you’ve made a significant investment, such as considerable time or an up-front payment before you’ve agreed on a deal. The other party may be aware that you (like most people) will be less willing to walk away and admit defeat after sinking resources into the negotiation. At such times, remember that such “sunk costs” are gone forever—and that there’s
no shame in walking away from a shady deal.

According to the widely accepted norm of reciprocity, each concession in a negotiation should be rewarded with a roughly equal concession from the other side. If a counterpart fails to match your concessions or only pays lip service to the process of exchanging offers and commitments, don’t negotiate with him any further; confront him about it, and walk away if he won’t cooperate.

Have you ever had a counterpart make a modest request just before you’re about to ink the deal? By preying on your desire to wrap up a hard-won negotiation quickly, the “nibbler” may succeed in gobbling up several more percentage points of value, cautions Shell.

His advice: Shun the request unless the nibbler agrees to a matching concession.

How do you get around lies at the bargaining table, and use negotiation ethics with your best judgment? Share your story with our readers in the comments section below.

Adapted from “Lies, Lies, and More Lies!,” first published in the August 2010 issue of Negotiation.

No Responses to “Negotiation Ethics: Dealing with Deception at the Bargaining Table”