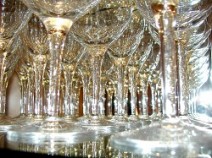 Adapted from “How Close Calls Can Hurt You” first published in the October 2009 issue of the Negotiation newsletter.

In the early 1990s, NASA managers and engineers were warned by an expert in risk analysis that the heat-resistant tiles that protected space shuttles during reentry into Earth’s atmosphere could be damaged by debris from the insulating foam on the shuttle’s’ fuel tanks.

During missions over the next 10 years, debris did, indeed, hit tiles, but the damage was always minor and could be repaired between missions.

As a result, NASA personnel accepted the design flaw as routine and insignificant—until a significant piece of debris caused the space shuttle Columbia disintegrated on re entry in 2003. The Columbia tragedy is a classic example of a common human decision-making error, according to Georgetown University professors Robin Dillon-Merrill and Catherine Tinsley: the tendency to overlook near-miss events.

Rather than viewing each completed mission as a near miss—an event that could have been a tragedy if luck had not intervened—NASA personnel regarded each mission as a success.

That overoptimistic outlook prevented the agency from addressing the problem of falling debris in time to prevent the Columbia tragedy.

In their research, Dillon-Merrill and Tinsley have found growing evidence that we all tend to overlook close calls that lack obvious cues a crisis almost occurred—a tendency that can lead to disaster in the realm of negotiation.

Our dangerous tolerance for risk after our decisions result in an apparent success,we tend to disregard the role of luck or chance in that positive outcome, Dillon-Merrill and Tinsley discovered in their research.

Rather than interpreting a near-miss event as a potential failure, we code it as a success.

For example, in the lead-up to our current financial crisis, banks and other lenders were enthralled by the short-term profits they gained by packaging subprime mortgages into risky financial instruments. Ignoring red flags that the housing boom was unsustainable, they treated loan deal as successes rather than the near misses they actually were.

Unfortunately, when our risky decisions turn out well due to chance, we begin to believe we’re impervious to failure—and our decisions become even riskier.

Consider how this played out in the realm of mortgage loans. Traditionally, home buyers would have to prove to lenders that they earned enough to afford their mortgage payments at the terms being offered.

During the recent housing boom, lenders began relaxing these income standards. Eventually, some lenders stopped asking loan applicants for any proof of income at all.

It should have been obvious that many of these borrowers would be unable to make their mortgage payments, yet lenders were blinded by their past “successes”—their sky-high short-term profits.

Perhaps you can think of decisions you’ve made during your negotiations that hinged on little morethan risk, luck, and optimism. Notably, managers are no more skilled at identifying when subordinates decisions result in near misses than they are at evaluating their own decisions.

Thus, they reward employees for near misses with bonuses and promotions, failing to see that disaster was averted only thanks to sheer luck.

That’s why risk takers so often succeed in organizations—and suffer great falls when their good luck runs out. Looking for “near failures”

The key to preventing disasters in your organization is to pay more attention to near misses, according to Dillon-Merrill and Tinsley.

To avoid engaging in overly risky behavior, develop a healthy skepticism toward apparent successes. Ask yourself, “What role did luck play? How close did we come to failure? What will happen if our luck runs out?”

2. Create a culture of safety.

Instead of rewarding employees for seemingly successful outcomes or punishing them for apparent failures, examine their decision-making and negotiation processes. Encourage your employees to study recent near misses with the goal of avoiding future crises.

Whenever you’re offered a deal that seems too good to be true, such as a bigger home loan than you think you can afford, consider whether your counterpart might be caught up in a risky spiral of ignoring near misses. If the other side won’t take a more cautious approach, look for a new negotiating partner.

No Responses to “Negotiation Skills: How “Close Calls” Can Hurt You”