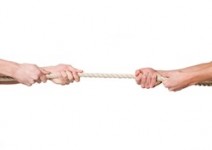 What are effective leadership skills at the bargaining table?

Chartered Management Institute conducted a study focusing on the salary gap between men and women in an attempt to discover why the pay gap between the genders persists even when systemic changes were undertaken to prevent this from happening.

For example, female bosses in the United Kingdom earn only three-quarters as much as their male colleagues, despite the fact that the Equal Pay Act outlawed inequitable pay between men and women more than 40 years ago, the British daily newspaper the Guardian reported in August 2014.

A study by the Chartered Management Institute found that the salary gap between men and women increases as they age and get moved up the professional ladder. Women executives were also found to earn significantly lower bonuses than men.

Such earnings discrepancies, which persist across the globe, are often attributed at least in part to women’s documented reluctance to negotiate for higher salaries. Many women choose not to negotiate on their own behalf because they believe doing so will trigger a social backlash, a fear that negotiation researchers have determined to be well founded.

This backlash occurs when observers perceive—consciously or not—that women’s assertive negotiating behavior clashes with their traditional feminine roles. For this reason, women have been advised to combine assertive negotiating behavior with displays of warmth and concern for others. By doing so, they may be able to display their competence while avoiding the risks of behaving contrary to stereotype.

Interestingly, a particular personality trait may enable some women to navigate this rocky terrain better than others, write researcher Shira Mor of Erasmus University and her colleagues Pranjal Mehta, Ilona Fridman, and Michael W. Morris. The team studied “identity integration,” an individual difference that describes the degree to which people experience dual identities as compatible rather than conflicting.

Leadership Skills, Culture and Identity at the Negotiation Table

People who belong to two national cultures, for example, vary in the degree to which they embrace and incorporate the two cultures into their identity. Similarly, both women and men can differ in the extent to which they perceive their gender identity to be compatible with their professional identity. For example, a woman may (or may not) feel that her goal of becoming a mother conflicts with her goal of becoming a high-ranking executive.

In five experiments, Mor’s research team found that women who perceive their gender roles and professional roles as highly compatible were more effective than other women in competitive bargaining situations. Women with high “identity integration” were more likely to bargain on their own behalf than other women because they were less concerned about a social backlash. Women who asked for more reached better outcomes than those who didn’t—and they didn’t incur a social backlash as a result of their assertive behavior. These results held both for businesswomen and for women in engineering and computer science.

The results imply that all women may be able to negotiate more effectively on their own behalf at work by using their leadership skills and thinking about ways in which their identity as a woman is compatible with their professional identity. More broadly, the findings suggest yet another reason that organizations should actively work to make traditionally male-dominated fields more inclusive and welcoming to women.

Related Leadership Skills Article: How Adaptive Leadership Saved a Heavyweight Negotiation – How negotiations between Floyd Mayweather and Mannie Pacquiao led to the boxing match of the century.

One Response to “Leadership Skills: When Identities Clash or Click at the Bargaining Table”