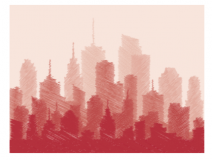 When negotiators are accustomed to getting their way, they tend to rely on the same tried-and-true bargaining tactics—and fail to notice when they’ll no longer work. That’s the lesson New York City’s real estate industry was
forced to absorb in June after the newly Democratic-controlled legislature in Albany announced a landmark deal to strengthen the state’s rent laws and tenant protections, the New York Times reports.

A call for change

Sky-high rents and homelessness have become epidemic in New York State because of a shortage of affordable housing. In New York City, tenant-rights laws steadily eroded over the years, while renters outside the metropolitan area were left unsupported by pro-tenant regulations.

Having rejected campaign contributions from the real estate industry, many of the progressive Democrats who swept into the state legislature in 2018 backed so-called universal rent control reforms proposed by a vocal, well-organized statewide tenant coalition. The proposals would curb the deregulation of apartments, repeal a law that allowed landlords to hike rents for new residents of vacated apartments, and prohibit landlords from raising rents on renovated apartments.

The proposed bills would affect the 2.4 million residents of about 1 million rent-regulated apartments in New York City, about 40% of the city’s rental stock. Municipalities across the state would also be able to adopt tenant protections.

Not surprisingly, New York landlords and developers objected to the proposed rules, arguing that they would drive small landlords out of business and reduce developers’ incentives to build and adequately maintain affordable housing.

Yet industry leaders were used to getting their way in Albany and believed this time would be no different, the Times reports. Over many years, industry groups had spent millions on lobbying fees and campaign contributions to gain the backing of Republicans and moderate Democrats, including Governor Andrew Cuomo. Until the State Senate flipped to blue in 2018, it had been a reliable supporter of real estate interests.

Sticking to past practices, landlords and developers didn’t publicize their counterproposals to the proposed bills. Instead, they pressed several key lawmakers they believed would be receptive to their message to reject the most significant rule changes, according to the Times.

Industry groups did eventually try some of the grassroots tactics of their opponents, organizing small rallies and running ads on social media. But as compared to the fleets of tenant activists who swarmed the state capitol, making speeches and being arrested for disorderly conduct, the real estate industry’s efforts were “fledgling, sporadic— and to progressive activists, unconvincing,” writes Vivian Wang in the Times.

Current rent regulations were set to expire on June 15. In the week leading up to the deadline, Democratic lawmakers worked furiously to hash out a deal.

Shortly before a vote on the bills, real estate industry leaders called the governor’s office to try to lobby Cuomo. Staffers told them to call state legislators instead. “There is no negotiation,” Cuomo said at a news conference. “I will pass the best bill [the legislature] can pass.”

On June 11, Democratic lawmakers announced they had reached a landmark tenant-protection deal that included many of the reforms advocates had pushed for. And unlike past rent regulations, these will be permanent. Cuomo signed the package of bills into law on June 14.

The tenant groups saw the legislative package as an important step forward, though not a full victory. New York developers, for their part, were stunned. Democratic state senator Zellnor Myrie, a member of the new progressive voting block, told the Times that “arrogance” had kept the industry from engaging fully in the legislative process and recognizing that the political winds had shifted in Albany.

For negotiators who are accustomed to holding positions of power, the story is a cautionary reminder that they are at risk of becoming complacent. In particular, negotiators who feel powerful (whether they actually are or not) are vulnerable to underestimating their counterparts, overlooking the other side’s perspective, and devaluing their concerns, research by Columbia Business School professor Adam D. Galinsky and others has found.

Here’s how to reach a more accurate assessment of your power in negotiation: