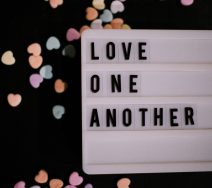 Moral leadership doesn’t require perfect behavior, but it does require a willingness to do better. In her book, The Person You Mean to Be: How Good People Fight Bias (HarperCollins, 2018), New York University professor Dolly Chugh explains that our unconscious biases often do more harm than our conscious decisions. In a 2019 conversation with the Program on Negotiation newsletter Negotiation Briefings, Chugh offered advice on how to respond effectively when someone says or does something that reveals their gender, racial, or other bias.

Negotiation Briefings: In your book, you describe how you ruined the mood at your own wedding reception by lashing out at a guest who made a homophobic joke about a gay couple he’d seen in a newspaper wedding announcement. Later, you recognized how you might have been a better ally in that moment to people in the LGBTQ community. What did you conclude?

Dolly Chugh: I realized I’d lashed out with moral certainty, as if I myself had never said or done anything biased and offensive—which is hardly the case! As a result, I came across as self-righteous and certainly didn’t change anyone’s mind.

NB: It’s often hard to speak up in such situations. Does being an ally even help, or does it just antagonize people?

DC: It really does help. Research shows that even though such confrontations can feel unsatisfying and upsetting, they do motivate people to be less biased in the future—even for those who act defensively to being confronted. Speaking up also helps change social norms. If just one person expresses antiracist views, for instance, others become less tolerant of racism.

NB: What if someone is committed to their biased (racist, sexist, homophobic, etc.) views? Think of the arguments that flare up on Facebook or Twitter, or at the holiday dinner table. Such discussions often feel like a frustrating waste of time.

DC: Years ago, global change consultant Susan Lucia Annunzio taught me the 20/60/20 rule she uses to show companies that not every employee needs to be convinced to accept change. About 20% are on board with change. Another 20% will resist or even try to sabotage change. And then there is the “movable middle” 60% who are open to being persuaded by either of the other groups.

I’ve found this framework also applies to educating others about bias: there’s the 20% who are already with you, the 20% whom you will never persuade, and the 60% who haven’t made up their minds. When someone says something offensive on social media or at Thanksgiving dinner, focus on persuading the middle 60% in the audience rather than the speaker. Though often silent and passive, those who comprise that 60% are the most susceptible to being influenced, and social norms will shift when they do.

DC: First, be humble rather than self-righteous: Admit to your own bias. At my wedding, rather than lashing out at the distant relative who made the homophobic joke, I could have said: “I didn’t grow up thinking about gay rights, but I’m trying to learn more, and here are some of the things I’ve learned. . . . ”

Second, you can use humor to defuse a situation while still making your point. I might have said, “Uncle, you’re kidding, right? You look too young to have such old-fashioned views!”

Third, draw on stories more than facts. Persuasion research shows that when someone doesn’t have a strong opinion about an issue, stories can personalize it for them and trigger strong emotions. At my wedding, for instance, I could have shared meaningful details from the wedding of a gay couple that I had attended.

NB: Let’s turn to the realm of moral leadership. What’s the right way to react when a colleague, client, or customer expresses a biased view during a meeting or negotiation?

DC: As I describe in my book, a white male consultant, David, told me about a time when he and his team, which included only one woman, were meeting with a client who expressed the opinion that women were best suited for lower-level jobs in his organization. David didn’t speak up, and later he apologized to the woman on his team. She helped him recognize how he could have been an ally without being confrontational, perhaps by saying, “That’s interesting. On our team, Jessica and I have the same roles. She and I will both be handling your project.”

These days, David works closely with a male senior manager who has expressed similarly sexist views. David has made a conscious decision to engage the man in thinking about implicit bias and the many barriers women face in the male-dominated consulting world. He doesn’t confront the man personally on his views; rather, he gives him information to consider. David isn’t sure how much of an impact he’s had yet, but he’s committed to continuing the conversation.

Question: What steps are you taking to engage in moral leadership lately?