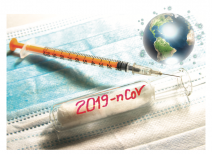 National governments across the globe face the challenge of securing enough doses of a safe, effective coronavirus vaccine when one or more become available. Many wealthier nations are taking a competitive approach to this challenge, jostling with each other to tie up deals with pharmaceutical companies for the most promising vaccine candidates. A coordinated global plan promising greater fairness and efficiency has since emerged— but it may be too little, too late. The situation highlights best and worst practices for those pursuing scarce resources through negotiation.

Early in the Covid-19 crisis, drug manufacturers worldwide dove into developing vaccines that could provide immunity to the virus without harmful side effects. Governments of higher-income nations quickly began negotiating with drugmakers to ensure their citizens would be first in line to be vaccinated. The race was on, with wealthier nations trying to elbow one another out of negotiations and poorer nations left sitting on the sidelines.

“Vaccine nationalism” quickly ate up most of the world’s near-term vaccine manufacturing capacity, experts tell the Wall Street Journal. By September 1, the United States, the European Union, Japan, and the United Kingdom had unilaterally agreed to purchase a total of at least 3.7 billion doses of at least eight vaccines for their own use from Western vaccine developers. Knowing that only a few vaccine candidates would likely prove safe and effective, nations bought many more doses than they would need. China and India also invested in vaccines for their huge populations. Vaccine hoarding had begun.

A step toward coordination

As wealthy nations and regions pursued vaccine deals full throttle, less-resourced nations were left to wonder how they would protect their citizens from the virus.

The World Health Organization (WHO), the public-health arm of the United Nations, came up with a plan aimed at ensuring that Covid-19 vaccines reach the world’s most vulnerable populations. On August 24, the WHO announced that 172 nations, comprising about 70% of the world’s population, had made preliminary commitments to participate in the Covid-19 Vaccines Global Access (COVAX) Facility, a global initiative to secure two billion doses of safe, effective vaccines for the most high-risk populations worldwide.

Harnessing the buying power of many economies, COVAX is investing in nine promising vaccine candidates being developed by manufacturers in countries ranging from China to the United States to Northern Ireland. Eighty higher-income economies are expected to financially support the participation of 92 lower- and middle-income economies in the program. Not-for-profit partners, including the Bill & Melinda Gates Foundation, are also contributing to the fund. While COVAX aims to reduce vaccine hoarding by wealthy nations, participating governments can continue to pursue bilateral deals with drug companies.

At first glance, COVAX might sound like a charitable enterprise founded on financial sacrifices from wealthy nations, but that’s not the case. “For higher-income countries, [COVAX] represents a win-win,” says Dr. Seth Berkley, the CEO of COVAX partner Gavi, the Vaccine Alliance. “Not only will you be guaranteed access to the world’s largest portfolio of vaccines, you will also be negotiating as part of a global consortium, bringing down prices and ensuring truly global access.”

“Whatever we have, it won’t be enough to vaccinate everyone,” WHO assistant director general Mariângela Simão told the Journal. “It is in everybody’s interest to collaborate globally because we need this pandemic controlled in all countries.” Nations that focus on eradicating the virus only within their borders will remain at risk from international travel and trade. The result could be a “patchwork pattern” of immunization with Covid-19 hot spots continuing to crop up around the world.

If none of the vaccine candidates that the United States has invested in prove viable, the nation will be left unprotected.

A week after the COVAX Facility was announced, the Trump administration said it would not be joining the global effort. The decision was in keeping with Trump’s “America first” attitude toward trade, climate change, and other multinational agreements. It was also consistent with his decision in May to withdraw the United States from the WHO, which he has accused of being biased toward China.

Politics aside, passing on access to a promising pool of vaccine candidates is a high-risk gamble. If none of the vaccine candidates that the United States has invested in prove viable, the nation will be left unprotected. Even if it does secure an effective vaccine, it is unlikely to offer complete protection to the U.S. population, leaving residents vulnerable, disease experts tell the Washington Post.

Opting out of the COVAX Facility is akin to passing on an insurance policy, Kendall Hoyt, a professor at Dartmouth’s Geisel School of Medicine, told the Post. “By joining the facility at the same time that you do bilateral deals, you’re actually betting on a larger number of vaccine candidates,” Simão said at a press briefing.

The COVAX Facility will not be able to secure enough vaccine doses to meet the global need. As a result, many nations that can’t afford to directly purchase vaccines from drug manufacturers are coming up with resourceful arrangements to ensure they’ll have an adequate supply. Pakistan, for instance, is allowing China to conduct vaccine trials on its citizens in exchange for enough doses to vaccinate its most vulnerable population, the Wall Street Journal reports.

Mexico has launched a flurry of similar negotiations with manufacturers in Italy, Russia, France, China, Cuba, and Germany. To mend its relationship with Bangladesh, India has promised to supply the country with vaccine doses. And some African nations are negotiating deals with banks to finance deals with pharmaceutical companies, Science reports.

The promise of coordination

In his influential 1968 article “The Tragedy of the Commons,” ecologist Garrett Hardin shares the parable of a group of herdsmen who graze their cattle in a common pasture. Each is motivated to increase the size of his herd to grow his profits. But if the number of animals gets too large, the pasture will be destroyed by overgrazing, and all the herdsmen will suffer financially. The best long-term solution to this so-called social dilemma is for all of the herdsmen to cooperate with one another by agreeing to limit the size of their herds.

When a finite resource is at stake—such as a pasture, departmental funding, or a vaccine—those involved typically will reach better long-term outcomes by negotiating to divide the resource equitably than by each trying to claim the biggest piece for themselves. Unfortunately, they will often have difficulty recognizing the benefits of such cooperation and coordination. Desperate to “win,” parties compete with one another to claim as much of the resource as possible—and end up harming themselves and others in the process.

Imagine if the world’s leading economies agreed to put all their vaccine dollars in COVAX or a similar consortium, to not sign bilateral deals with pharmaceutical companies, and to negotiate equitable distribution of vaccine doses. The efficiency resulting from such coordination should help lower costs, streamline production and distribution, and save lives.

Here are three tips on how to encourage coordination when allocating scarce resources:

1. Plan ahead. In the midst of a crisis, when emotions are running high, self- interested, inefficient behavior will be difficult to keep in check. “If the perception is that every other government is going to hoard, your government will hoard also,” Council on Foreign Relations director Thomas Bollyky told the Journal. The time to negotiate the outlines of such an agreement is before a crisis, not in the middle of one.

2. Show the benefits of cooperation. Negotiators often assume that when they lose, the other side wins, and vice versa, as Harvard Business School professor Max H. Bazerman explains in our interview on page 8. Encourage counterparts to move beyond this mythical fixed-pie mindset by showing them what you all stand to gain through cooperation.

3. Take a broader view. Organizations, including governments, feel a special duty to look out for those they represent. But we should also take time to consider how our decisions might affect others, including the earth’s most vulnerable stakeholders. Moreover, ingroup bias doesn’t preclude solutions that would also benefit outsiders. In fact, you may be able to expand the pie by considering what out- group members might bring to the table.

Competitors team up for a pledge

In April, the Trump administration unveiled Operation Warp Speed, an initiative aimed at producing and distributing hundreds of millions of vaccine doses to Americans by the end of 2020—or, as Trump has coyly suggested, just before “a special date,” assumed to be the November 3 presidential election. By July, the federal government made more than $10 billion in investments with eight pharmaceutical companies to fund their vaccine candidates.

The unprecedented rush has many Americans worried that political considerations could lead the government to sacrifice vaccine safety and efficacy, Politico found in a recent poll. Public confidence is required for widespread vaccine adoption.

On September 8, nine of the pharmaceutical companies developing coronavirus vaccines made a joint pledge not to rush through vaccine testing. The competitors’ willingness to band together to assert their commitment to “stand with science” was reassuring. But it also highlighted the extreme political and financial pressure they are under to produce a breakthrough.