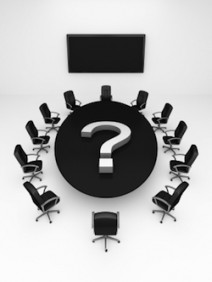 The agreement seemed well on its way to being passed. On November 20, U.S. Secretary of State John Kerry announced that the United States and Afghanistan had finished negotiating a bilateral security agreement.

The terms included a continued American troop presence through 2024 and a promise of billions in international aid to the Afghan government. The United States negotiated concessions on two hotly contested issues: Afghanistan agreed that U.S. soldiers would be subject only to American military law, not Afghan laws; and U.S. Special Operations forces could continue to conduct antiterrorism raids on private Afghan homes, the New York Times reports. Most U.S. troops would have no combat role, aside from a small counterterrorism force.

In the days after Kerry’s announcement, the draft deal was quickly approved and ratified by the Afghan council, the loya jirga. But to the surprise of the loya jirga and many ordinary Afghanis, Afghan president Hamid Karzai then announced that Afghanistan would not ratify the bilateral security agreement, or BSA, anytime soon. Instead, he said it would have be signed after a scheduled April 2014 election to choose his successor.

Karzai also laid out new demands. He called on Washington to mediate a peace agreement between his government and the Taliban and to free Afghan prisoners held in Guantanamo Bay, Cuba. And in a reversal, he also said he no longer would support U.S. raids on Afghan homes.

The White House has said that the security deal must be signed by the end of 2013 lest Afghanistan face a so-called “zero option”—full withdrawal of U.S. forces from Afghanistan by Dec. 31, 2014. The consequences of impasse would be dire, the Wall Street Journal reports. A total pullout of American forces would jeopardize the promised $8 billion in annual aid from the West.

Some within Karzai’s administration insisted that the bilateral security agreement would be approved. But Washington lawmakers and senior White House officials expressed concern that Karzai did not grasp the significant ramifications of delaying the deal, the Journal reports.

When a negotiating counterpart threatens to scuttle a potentially beneficial deal, how can you defuse the threat and get talks back on track? A counterthreat may be necessary, such as the White House’s threat to pull all troops out of Afghanistan and withhold aid if agreement isn’t reached by December 31.

But there may be other ways to move forward. In their September 2006 Negotiation newsletter article “How to Defuse Threats at the Bargaining Table,” Katie A. Liljenquist of Brigham Young University and Adam D. Galinsky of Columbia University offer several suggestions: