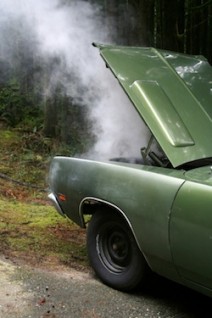 When a negotiation reaches an impasse, it can be tempting to use threats and punishment to try to coerce the other side into conceding. That happened in a dispute between Amazon and Hachette, one of the largest New York publishers, as reported in the New York Times. Dealmaking is never easy, and certainly not in bookselling.

In recent years, Amazon has been playing hardball in its contracts with publishers in an effort to raise profits. The online retailing behemoth’s share price has been falling, and analysts are issuing pessimistic earnings forecasts.

One unnamed publisher compared its dealmaking with Amazon to “a chef deboning a chicken—by the end, everything of value had been sliced off,” according to the New York Times. When Hachette—which owns publishers Grand Central, Orbit, and Little, Brown—balked at Amazon’s demands, the retailer reportedly retaliated with what many publishing insiders referred to as bullying tactics. They include the following:

Hachette author Marla Heller told the Times that Amazon recently raised the price of her book “The Dash Diet Weight Loss Solution” by $8, advertised less expensive books on her book’s Amazon page, and then let the book go out of stock. The book dropped significantly in Amazon’s sales rankings during this time, from the top 300 to about 3,000, she says.

It is not the first time a bookseller has played hardball in negotiations with a publisher. In January 2013, after months of impasse, Barnes & Noble significantly reduced its orders of Simon & Schuster titles and engaged in other hardball tactics, such as refusing to book the publisher’s authors for in-store readings. The dispute was finally resolved in August 2013.

The threats and punishments attest to the cutthroat nature of bookselling in the current market, where books face steep competition from other entertainment sources. However, parties that are considering such hardball tactics should think twice. They risk suffering both a financial blow as well as long-term damage to their reputation if the dispute goes public. A better choice would be to stay at the bargaining table and look for more creative ways to extract value from the deal, with the help of a neutral third party.