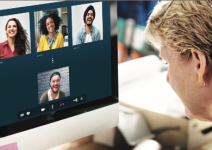 This spring and summer, professional sports leagues scrambled to negotiate deals with players’ unions to start or resume their seasons with health, financial, and logistical accommodations for the Covid-19 pandemic. Most reached mutually agreeable deals, with some bumps in the road.

Then there was Major League Baseball (MLB).

As they tried to work out when the 2020 season would start and how, the league and the Major League Baseball Players Association (MLBPA) became locked in an impasse over the question of how many games to play and how much of their predetermined salaries players would receive. For three months, quarantining baseball fans were subjected to media reports of the league fighting to keep the season short and lower player salaries. With games slated to be played in empty stadiums, owners hoped to cut their losses. Players, meanwhile, preferred a longer season—not only because they love the sport but also because their salaries would be prorated based on how many games they played.

As spring training dragged into summer, the parties exchanged “unrealistic proposals and harsh public statements,” writes Tyler Kepner in the New York Times. Eventually, MLB stood firm at 60 games per team and the union at 70. (An MLB season is typically 162 games per team.) At various points, each side—but particularly the team owners—came across as intransigent and insensitive to ordinary Americans’ suffering. Ultimately, the league unilaterally declared it would hold a 60-game season. Baseball fans shook their heads: All that time, energy, and rancor had been wasted haggling over 10 games?

Negotiations regarding the 2020 MLB season were dysfunctional for many reasons, but the fact that the two sides did not know or trust each other well and negotiated largely at a distance appeared to be significant factors.

Throughout the process, MLB commissioner Rob Manfred and his deputy, Dan Halem, clashed with MLBPA executive director Tony Clark and his lead negotiator, Bruce Meyer, according to the New York Times. “I’ve never seen anything like what we’ve experienced in any baseball labor negotiation,” former Los Angeles Dodgers general manager Fred Claire told the Times. “With the letters that went back and forth, and the language that was used, with the total lack of trust—it was terrible.”

“The lawyers on both sides were unfamiliar with each other, since they weren’t involved with previous MLB labor negotiations,” says MLB expert Stephen Nidetz, formerly of the Chicago Tribune. “Their lack of rapport appeared to stand in the way of their ability to trust each other and brainstorm win-win solutions.”

These days, most of us are negotiating remotely rather than in person. While doing so keeps us safe, it can be a significant impediment to rapport building—a critical but often overlooked element of negotiation. The common tendency to skip the pleasantries on Zoom meetings, phone calls, and emails can breed the kind of mistrust and rigid stances that characterized the MLB negotiations. Yet taking time for small talk is critical when we can’t meet face-to- face, research shows.

“When it comes to building rapport during negotiation, there’s no substitute for a face-to-face meeting,” according to Northwestern University professor Janice Nadler. During in-person interactions, “we engage in subtle rapport-promoting behavior without even trying,” including leaning forward, making eye contact, and mimicking one another’s behaviors. Many of these cues are difficult to replicate during video calls, where we appear as talking heads rather than living, breathing human beings.

“To make matters worse, the greeting rituals of face-to-face interactions, such as small talk and personal disclosure, often fall by the wayside” when we are negotiating at a distance, says Nadler. In her research, she has found that small talk helps establish positivity, trust, and openness—all essential ingredients to value creation and mutually beneficial agreements.

When you’re rushing from one Zoom call to another, it can be difficult to take the time to slow down and engage in pleasantries. But pausing to “schmooze” can reap great benefits in long-distance negotiations. In one study, pairs of participants who engaged in a five-minute get-acquainted phone call established rapport that benefited them in a subsequent email negotiation, Michael Morris (Columbia Business School), Terri Kurtzberg (Rutgers Business School), Leigh Thompson (Northwestern University), and Nadler found. Those who schmoozed before negotiating felt more cooperative, shared more information, made fewer threats, and developed more trust than those who were not given an opportunity to talk. The schmoozers were more than four times more likely to reach agreement than those who didn’t chitchat.

A phone call isn’t even necessary to build rapport: Parties who launched an email negotiation by writing a little about themselves reached better economic results than those who did not, Kurtzberg, Thompson, Morris, and University of California at Berkeley professor Don Moore found in their research.

Have you chatted with your colleagues today?

Back in the pre-Covid-19 era, when there were watercoolers to gather around, people often had strong opinions about whether workplace chitchat was a pleasant diversion or an annoying distraction. Personal preferences aside, in their recent research, Jessica Methot and her colleagues set out to determine whether small talk has an overall positive or negative effect on productivity and well-being.

The researchers had 100 people who work 9-to-5 jobs outside the home answer a survey three times per day (morning, afternoon, and evening) for 15 consecutive days. They were asked about the amount of small talk they engaged in, their emotions, their engagement with their work, and other measures.

Employees who had more small talk than average felt more positive emotions and experienced enhanced well-being, the results showed. These workers felt more recognized, acknowledged, and connected to others as compared to those who chatted less. They were also more willing to help out colleagues in need.

Small talk could also distract people from their work, but it had an overall net positive benefit in the workplace, Methot and her team found. That’s all the more reason to reach out and connect with your colleagues, especially when working remotely.

The idea that small talk is a key to negotiation success may be disappointing news to those who find idle conversation with business colleagues to be an awkward task to check off before getting down to business. The good news is that small talk doesn’t need to be scintillating or lengthy to be beneficial.

In fact, the content of small talk—which has been found to comprise up to one- third of our speech—is beside the point. “Inquiries about health, comments on the weather, affirmations of some supremely obvious state of things—all such are exchanged not in order to inform, not . . . to connect people to action, certainly not in order to express any thought,” wrote anthropologist Bronislaw Malinowski in his 1923 book Phatic Communion (the scholarly term for small talk).

Rather, small talk can be viewed as a scripted ritual aimed at creating a positive connection by acknowledging others’ presence, write Jessica Methot (Rutgers University), Emily H. Rosado-Solomon (California State University), Patrick Downes (Texas Christian University), and Allison S. Gabriel (University of Arizona) in a recent article on the topic. Before colleagues or negotiators get down to business, a brief conversation about the weather or the challenges of working from home can generate positive emotions and rapport, setting you up for a productive and engaging conversation.

Seemingly idle chatter can allow us to emotionally and cognitively disengage from one interaction and tee up for the next one.

Small talk serves another key purpose, according to Methot and her colleagues: It helps us transition more smoothly between our daily roles and tasks. When we arrive at the office in the morning, pleasantries— even just “Hi, how are you doing?”—can help us shift gears from our home life to our work life. Later in the day, shooting the breeze might help us move from a difficult conversation with a colleague to a meeting with a new client. Seemingly idle chatter can allow us to emotionally and cognitively disengage from one interaction and tee up for the next one.

“D.C.’s vast cubicled workforce gets its work done because of, not in spite of, inane chatter and casual musings that turn into actual professional accomplishments,” observes Politico reporter Tyler Weyant. “The artful work of Washington jobs is done in the in-between moments.”

The psychological breathers that small talk creates may be especially important when we’re working from home. As many of us have experienced, after an interaction (or argument) with a partner, child, or roommate, it can be jarring to log onto a meeting where we’re expected to behave professionally. “I have heard from many inside and outside of my company about their difficulty transitioning to this style of work,” Weyant writes. “We’re both never and always at the office now.” Taking time to chat when we log on to a meeting should help us get our heads in the game.

How to say nothing at all