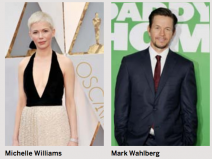 After actor Kevin Spacey faced multiple accusations of sexual misconduct in late 2017, director Ridley Scott and Imperative Entertainment, the company that produced and financed the film All the Money in the World, decided to edit Spacey out of the film and hire Christopher Plummer to reshoot his scenes. The cast and crew were summoned back to reshoot scenes as well.

On January 8, the news broke that actress Michelle Williams had been paid only about $80 per day, just above the union minimum, for 10 days of reshoots—and that her costar, Mark Wahlberg, had received about $1.5 million more than she had for his own reshoots.

The pay difference was reported as a further example of gender pay inequities in Hollywood and beyond. The disparity seemed ironic, given that the reshoots had been instigated by the #MeToo movement set off by sexual harassment charges against producer Harvey Weinstein. But the story that soon emerged was a bit more complicated.

A tale of two contracts

Typically, actors have clauses in their contracts that require them to be available for reshoots. When asked to return for a reshoot, Williams quickly agreed, given the circumstances, according to the website The Wrap. After arranging for her daughter to spend Thanksgiving weekend without her, she flew to London on an overnight flight and spent 10 days refilming for relatively little money, despite the fact that she had agreed to appear in the film for less than her standard fee. Actor Timothy Hutton and other actors in the film reportedly also agreed to return for reshoots for minimum pay.

By contrast, Wahlberg balked at taking part in reshoots. He had shot more scenes with Spacey’s character than Williams had and thus had more scenes to reshoot. Like Williams, Wahlberg was earning less than his going rate on the film and was not pleased to be called in for more work at relatively low pay, the New York Times reports. An action star, he’d already seen the producers capitalize on his reputation as a box-office draw when financing the film.

A clause in Wahlberg’s All the Money in the World contract gave him approval over costars, and he used that as leverage: He refused to approve Plummer unless the producers paid him $1.5 million for reshoots, according to USA Today.

The film’s theatrical release was just a month away; there was no time to waste. Imperative felt it had little choice but to pay Wahlberg his requested $1.5 million for the reshoots.

Ultimately, Wahlberg gave the troubled story a happy ending, or at least one that allowed the controversy to die down: he announced that he would donate, in Williams’ name, the $1.5 million he earned for reshoots to the TIME’S UP Legal Defense Fund, which women in the entertainment industry recently established to help victims of sexual harassment find justice in court. “I 100% support the fight for fair pay,” Wahlberg tweeted.

Here are three negotiation tips to emerge from the controversy: