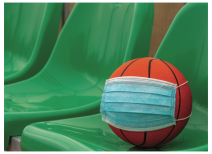 In negotiations across the world, financial troubles brought on by the Covid-19 pandemic have left parties squabbling over smaller and smaller pies. The silver lining? Negotiators may have little choice but to get a deal done, and awareness of this reality can motivate creative thinking and cooperation. Negotiating the terms of their upcoming season, the National Basketball Association (NBA) and its players union moved steadily toward agreement while avoiding grandstanding and hardball tactics.

From bad to worse?

As was true for most professional sports, the NBA’s most recent season was marked by upheaval and uncertainty. Rather than wrapping up in May as scheduled, the season paused in April for a lockdown and then resumed in a protective “bubble” at Disney World in late July without fans in attendance—and without ticket sales. Ratings for games played in the bubble were low, in part because the NBA was competing with professional football and baseball for viewers.

In October, just weeks after the NBA finals, the parties needed to rush to negotiate the terms of the next season. The league set a sobering note by revealing that the disrupted season had fallen $1.5 billion short of projected $8 billion in revenues, reports Ben Golliver in the Washington Post. Game cancellations, lack of ticket sales for games played in the bubble, and a discontinuation of revenue from China as a result of an ongoing dispute were to blame, the New York Times reports. Under the league’s collective-bargaining agreement, teams spend about half of the league’s income on player salaries.

If the past season had been bad from a financial standpoint, the next one finish the finals before the Tokyo Olympics in July (which had been pushed back by a year), the season would need to be shortened. Due to these and other challenges, the league slashed revenue projections in half, to $4 billion, the Post reports.

The parties realized they would need to maximize profits from televised games to staunch the bleeding. Owners and players had assumed the next season would start in mid-January 2021 at the very earliest and extend well into the summer. But NBA’s television partners, Disney and Turner, pushed for a December 2020 start. Disney wanted to continue its tradition of broadcasting five games on its networks—ABC and ESPN—on Christmas Day. And Turner was hoping to air its usual opening night doubleheader the Tuesday before Christmas, according to the Times. Starting in December would further shorten players’ off-season break, but it would generate an added $500 million in revenue, the league told the National Basketball Players Association.

On November 5, the union announced it had tentatively agreed to a truncated 72-game regular season lasting from just before Christmas to mid-May. The playoffs would end before the July Olympics. The league would be on track to resume its regular schedule for the 2021–22 season—when, with any luck, fans might be safely back in the stands.

Other issues remained unresolved, the Times reports. With teams planning to travel between stadiums, coronavirus protocols needed to be negotiated. Allocation of salaries was also in contention. Pre-Covid, about 10% of each player’s salary was held in escrow in case the league didn’t meet revenue projections, though it usually did. Given the huge projected revenue shortages for the upcoming season, players’ agents feared the league might want to withhold as much as 40% of salaries in escrow, according to ESPN. The latest figure being discussed is 18%, which could be spread over multiple seasons to lessen the impact on players.

The owners and players both “lacked meaningful leverage” in their negotiation because “the unrelenting pandemic holds all the cards,” writes Golliver in the Post. That lack of leverage likely contributed to relatively no-fuss dealmaking. The situation should be a reminder to business negotiators feeling trapped by disappointing circumstances that your counterparts may be in the exact same boat. That should motivate you to be open about the challenges ahead and try to solve them collaboratively.