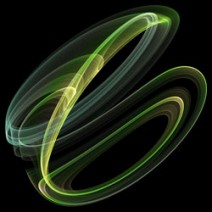 There are different ways a negotiator can exert control over the negotiation process. But what about those bargaining scenarios in which the negotiator is unable to gain control of proceedings? How should she formulate her power in negotiation strategy?

IBM researchers Cynthia F. Kurtz and David J. Snowden have developed a process for building internal consensus in situations where high uncertainty exists. Facilitators lead managers in making sense of novel challenges and opportunities. A key goal is distinguishing complex cases from pure chaos. In the former, cause-and-effect relationships may be nonlinear and obvious only in retrospect. In truly chaotic environments, there is never a pattern to discern.

Negotiators who function in volatile markets, for instance, should first target deals that are not only attractive in their own right but that also reveal the most information about how prices are moving.

By contrast, chaotic situations are so turbulent that there are no trends to monitor. Instead, they call for crisis management.

The boundary separating complex and chaotic situations is blurry. Indeed, one of the goals of IBM’s decision-making process is to encourage managers to recognize what is potentially knowable “and thus worth testing” and what is likely beyond anyone’s ken. Internal consensus on strategy is reached more easily when managers explicitly address how they make sense of the complicated worlds they confront.

How do you use power in negotiation to get what you want? Share your experiences in the comments.

Know Your BATNA: The Power of Information in Negotiation

Adapted from “Making Sense of the Unknown,” first published in the Negotiation newsletter.

No Responses to “Types of Power in Negotiation: Chaos Theory and Bargaining Scenarios”