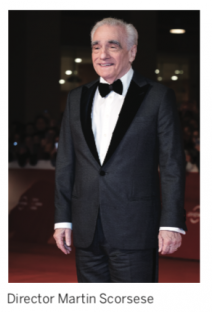 When industry disrupters and established firms face off at the negotiating table, they’re likely to have different ideas about what’s negotiable and what’s not. Such was the case when screening service Netflix and two major U.S. theater chains tried to negotiate a wide theatrical release for The Irishman, the Netflix-financed Martin Scorsese film. Their impasse highlights the importance of being open to creative alternatives when old business models are no longer working.

A deal and a promise

When Scorsese—whose body of work includes Taxi Driver, Raging Bull Goodfellas, and The Departed—began shopping a screenplay about labor-union official and self-proclaimed mafia hit man Frank Sheeran, Hollywood executives didn’t doubt it could be a masterpiece, but they did question whether it could turn a profit. A sprawling story of organized crime, the labor movement, and the U.S. government in the last century, The Irishman was expected to run more than three hours and cost over $100 million.

For flashback scenes, Scorsese planned to deploy costly computer-generated imagery, or CGI, to “de-age” the film’s actors, including Robert DeNiro, Al Pacino, and Joe Pesci. Paramount Pictures bought domestic distribution rights to the film—but bowed out after its budget ballooned to over $125 million.

With no other appealing options, Scorsese sold world rights to The Irishman to Netflix. The partnership secured him the big budget he desired but was an imperfect fit, artistically: Laptop and smartphone screens would be tiny canvases for the director’s vast cinematic vision. To address this concern, Netflix promised Scorsese it would try to negotiate a significant theatrical release for the film before its streaming debut.

In 2019, Netflix began negotiating The Irishman’s theatrical release with multiplex chains AMC Theatres and Canada’s Cineplex. Netflix was motivated not only to meet its obligation to Scorsese but also to win over Academy of Motion Picture Arts and Sciences members, who tend to favor traditional studio releases for the Oscars the streaming service so coveted. (Netflix’s Roma won several major Oscars in 2019 but was widely viewed as having been slighted in the Best Picture category.) As profligate Netflix approached the negotiations, the chance to offset some of the film’s final $159 million price tag with box-office receipts was a less pressing goal.

Though a win-win agreement seemed in sight, talks quickly hit a roadblock over the “three-month theatrical window”—the exclusive period of time that theater companies reserve to show films before they can be released in other formats, including streaming. Netflix flatly refused to make its approximately 150 million subscribers wait three months to view The Irishman at home.

The theater companies were in a quandary. If they agreed to shorten The Irishman’s theatrical window, Hollywood studios would demand shorter windows for their films. With ticket sales in decline since 2002, theater executives feared that narrowing the window to just a few weeks would lead more consumers to skip their local multiplex entirely. In fact, two other movie mega-chains, Regal Cinemas and Cinemark, passed on bidding for The Irishman because they viewed the three-month window as nonnegotiable.

Over several months, AMC and Cineplex each agreed to shorten the three-month window to about 60 days for The Irishman, according to the New York Times. Netflix refused to go above 45 days. With the parties reportedly just 15 days apart, negotiations came to a halt. Speaking to the Times, National Association of Theater Owners president John Fithian accused Netflix of “leaving significant money on the table” and called its refusal to budge further a “disgrace” that would deprive many theatergoers of seeing The Irishman on the silver screen.

In the end, Netflix appeared to calculate that chasing box-office revenues could be a risky distraction from its primary goal of signing on new members, especially the older Scorsese fans they hoped to attract with The Irishman. Moreover, Netflix didn’t need the big theater chains to meet its minimum commitment to Scorsese: Numerous independent theaters and small theater chains were willing to show the film without a three-month window. The Irishman played at a small number of screens in some major U.S. cities over several weeks in November.

In the near future, a host of new streaming services from Apple, AT&T, Comcast, Disney, and other content providers will create fierce competition for Netflix, as well as a new set of demanding negotiating partners for theater chains. Impasse will become less of an appealing option for all, necessitating creative dealmaking.

“Both the studios and the exhibitors have to look at every aspect of how we do business together and figure out different paradigms to move it forward,” former 20th Century Fox executive Chris Aronson told the Times. Some established film studios, including Warner Bros. and Universal, have had tentative talks with theater owners aimed at updating their business model, Variety reports. Under one proposal, studios would offer theater owners a percentage of digital revenues in exchange for shorter theatrical windows.

Such changes could turn out to be less painful to theater companies than they fear. Calling the three-month window a “relatively antiquated concept at this point,” the Atlantic noted that even blockbuster movies tend to make most of their money in their first few weeks. With more companies producing more and more films—Netflix alone is planning to roll out a staggering 90 per year—the result could be more movies showing at a theater near you for shorter time periods. The future remains out of focus, but refusing to change is likely the riskiest option of all.

When you or a negotiating counterpart are wedded to the status quo, the following guidelines may help: