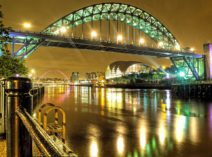 What is Unethical Behavior?

Ethical dilemmas often are more obvious to passive observers than to the decision makers themselves (see also, Negotiation Skills in Business Communication: Heading Off Deception).

Researchers Ann Tenbrunsel and David Messick have described the process of ethical fading, in which “the ethical colors of a moral decision fade into bleached hues…void of moral implications.” Self-deceit lies at the heart of ethical fading; we hide moral aspects of a decision from ourselves to maintain our perception that we are moral people.

Negotiators sometimes slide down a slippery slope of unethical behavior – fudging the numbers by a small amount the first time and by a larger one the second time.

They may use euphemisms such as “right-sizing” instead of “firing” or label something a “business decision” rather than an ethical one.

Giving an initial, vague response to a recruiter’s inquiry about other job offers may lead you to make more elaborate lies.

Even if you realize you’re facing an ethical dilemma, you might not make an ethical choice (see also, Defend Yourself Against Deception). Psychologist Albert Bandura of Stanford University argues that individuals selectively turn their moral-self-sanctions on and off, thereby allowing themselves to behave immorally, even inhumanely. We justify unethical behavior by displacing or diffusing responsibility (“It’s their fault, too”), minimizing the consequences (“It’s not a big deal”), and even blaming the victim (“He was asking for it”).

In the job negotiation, you might justify lying to the hiring manager if you felt is wasn’t fair of her to ask questions about your alternatives. Or you might rationalize that “everyone else” uses such tactics, making your lie part of a larger game.

Battling the Forces Behind Deception in Negotiation

To ensure that you negotiate effectively, you’ll need to identify ethical dilemmas, view unethical behavior clearly, and battle the forces we’ve described (see also, In Business Negotiations – 12 Tips for Curbing Deception). Knowing why sincerity is only half the battle – here are four guidelines will help you meet these goals:

Before entering a negotiation, set a personal ethical standard for your behavior.

How ethical do you want to be?

Determining in advance which behaviors are off-limits should help you recognize ethical dilemmas when they arise and make decisions that meet your standard.

Moreover, make a plan to address specific ethical dilemmas that you may encounter. The well-prepared job candidate would be ready respond to strategically yet ethically to questions about your other offers, perhaps by pointing out the benefits of remaining focused on hammering out an offer that satisfies both sides.

The more tempted negotiators are to lie, Tenbrunsel has found, the more likely they are to believe their opponents will lie to them. Recognize that your perceptions of your counterpart’s ethics may be inaccurate, driven by your own desire to behave unethically.

If powerlessness motivates deception in negotiation, it stands to reason that you should work hard to increase your negotiating power.

Exploring your outside alternatives is an obvious first step. Roger Fisher, co-found of the Program on Negotiation at Harvard Law School, has identified several other sources of power: your skills, your knowledge, a strong relationship with your counterpart, and even the generation of an elegant solution.

Thinking creatively about sources of power helps you avoid making unethical statements. Even thinking about a negotiation in which you had more power can enhance your sense of power in current talks, Adam D. Galinsky of Northwestern University, Joe Magee of New York University, and Deborah Grunfeld of Stanford University have found.

When negotiating with a group, strive to view each member as an individual. Our research with Charles Naquin revealed that negotiators were more likely to lie to groups than to individuals, but simply providing the names of group members diminished that tendency. Getting to know opposing group members will help you adhere to your ethical standards.

Have you faced and conquered deception in negotiation? Share your story in the comments.

Adapted from “When You’re Tempted to Deceive” by Ann E. Tenbrunsel and Kristina A. Diekman for the July 2007 issue of the Negotiation newsletter.

2 Responses to “Why Is Sincerity Important? How to Avoid Deception in Negotiation”