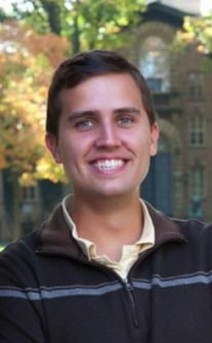 Recent Harvard Law School Graduate Grant Strother ’12 was selected to receive The International Institute for Conflict Prevention & Resolution (CPR) Outstanding Original Student Article Award for his paper, “Resolving Cultural Property Disputes in the Shadow of the Law.” This award recognizes a student article or paper that is focused on events or issues in the field of ADR.

Grant also won the 2012 Roger Fisher-Frank E. A. Sander Prize for this paper at Harvard Law School’s Commencement last May. The article will be published in the Spring 2014 issue of the Harvard Negotiation Law Review.

“I had a great time,” Grant said of the 30th Annual Awards ceremony, held in La Jolla, California on January 17, 2013. “I met a lot of experienced neutrals, including several retired judges (such as the Hon. Vaughn Walker), as well as law firm partners and corporate counsel. I was also invited to attend the Thursday session of the conference where I sat in on a talk about diversity and ADR as well as panels about ADR and business law and developments in international arbitration.”

Grant now works for Davis Polk & Wardwell in California. He was very involved in negotiation studies at Harvard Law School, where he served as a teaching assistant for the “Negotiation Workshop” and as co-chair of the Harvard Negotiators, a student organization that provides law students with opportunities to become actively involved in the field of negotiation and dispute resolution while working with real-world clients. He also took the advanced level “Multiparty Negotiation Workshop.”

Grant was nominated for the award by Harvard Negotiation & Mediation Clinical Program (HNMCP) Director and Thaddeus R. Beal Clinical Professor Robert Bordone ‘97. In 2010 former HLS students Maria Banda ‘10 and John Oppermann ’10 won this award for their paper “Building a Latin American Coalition on Forests: Negotiation Barriers and Opportunities.” In 2010 HNMCP itself won the CPR Award for “Problem Solving in the Law School Curriculum.”