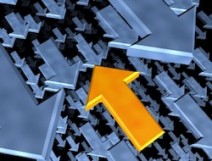 When you negotiate a dispute with a colleague in front of other teammates, there’s a chance these onlookers may become participants in the conflict, our research shows.

Suppose that during a meeting, you and another team member begin arguing about the best recommendation to give to a client.

An ally of yours jumps in to support your proposal; another teammate rushes to defend your adversary. A more diplomatic team member tries to integrate the two viewpoints, but – as often happens in such situations – she gets swept into the debate as well. As more people become involved, the negotiation threatens to spin out of control.

Whenever a one-on-one conflict transforms into a group dispute, it becomes much more complicated, emotional, and difficult to resolve.

How can you prevent such “conflict contagion”?

Try to move your negotiation away from the team setting before it draws in other members.

In this way, you can gain control over the situation and focus on achieving your desired goals.