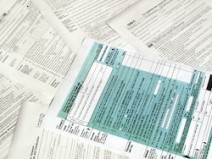 Adapted from “Negotiator Profile: Ted Kennedy and the Art of Collaboration,” first published in the December 2009 issue of Negotiation. In our politically charged era, most Americans—Republicans, Democrats, and Independents alike—seem to be able to agree on one thing: in recent years, Congress has been a poor model of negotiation behavior. Battles sometimes seem to be fought less on principle than on a vindictive desire to beat the other side. Mutual respect is in short supply, and grandstanding distracts from substantive debates.

But collaboration wasn’t always a dirty word in Congress. In decades past, senators such as Republicans Bob Dole and Howard Baker and Democrats Ted Kennedy and Patrick Moynihan fought hard for their causes and also became known for their willingness to build bipartisan coalitions to get a deal done.

Following Kennedy’s death on August 25, 2009, many cited him as perhaps the last of the great congressional dealmakers.

Those who knew him have described his strengths as a negotiator—strengths that negotiators of all political persuasions can cultivate: A dedication to “bag time.” At 6 p.m. each evening, Kennedy’s aides would stuff thick research binders into briefcases for him to read that night, writes Evan Thomas in a Newsweek profile of Kennedy. The next morning, the papers Kennedy had acquired at “bag time” would be peppered with his probing questions and demands for action.

Kennedy’s homework ritual paid off in a thorough grasp of the issues. “When he walked into the room, he had the facts at hand,” Kennedy’s former Senate colleague Dole told Newsweek.

“No senator wanted to go up against Kennedy,” recalls Dole. “At the same time, he was willing to walk across the aisle and shoot the breeze and maybe not even mention the bill that was on the floor.

He built a lot of friendships that way.” According to Dole, Kennedy resembled Southerners who dominated the Senate in an earlier era: highly partisan but polite and accommodating. Tenacity—and a keen memory.

When discussing bills with other members of Congress, Kennedy would hammer away at a controversial point until others grew weary and asked him to put it aside, according to Congressman George Miller.

“Then several weeks or months would pass, and just as the bill was getting ready to close he’d bring it up again,” Miller told Newsweek.

“Everyone would complain, and he’d say, ‘You told me to put it aside till later.’ They’d always have the same response: ‘Oh, let’s just put it in the bill.’”