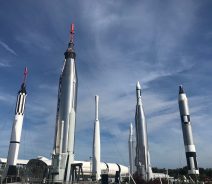 What lessons can we learn from conflict resolution examples in history? The world of nuclear nonproliferation can be a valuable place to start, as few negotiations throughout history have had higher stakes. Conducted amid international conflicts and public scrutiny, complicated by language and cultural barriers, and carried out under tight deadlines, talks aimed at ensuring that disarmament procedures are followed closely demand the highest level of negotiation and diplomatic skills.

The death of former Republican senator Richard G. Lugar of Indiana at age 87 on April 28, 2019, reminds us of the value of meeting these challenges. Lugar, who chaired the Senate Foreign Relations Committee, made his greatest mark as the coauthor, along with Democratic senator Sam Nunn of Georgia, of the Nunn-Lugar Cooperative Threat Reduction Program, an innovative plan that provided U.S. funding for the destruction of obsolete nuclear missiles and materials in former Soviet Union nations that could not afford to disarm on their own.

In the program’s first 20 years, it deactivated more than 7,500 strategic nuclear warheads and destroyed more than 1,400 land- and submarine-launched ballistic missiles, according to the Bulletin of the Atomic Scientist. More recently, however, Russian president Vladimir Putin began pursuing nuclear modernization, and Lugar expressed regret that President Barack Obama was not more aggressive about dismantling parts of the American nuclear arsenal, the New York Times reports.

What conflict-solving strategies can be absorbed from more recent nuclear disarmament efforts? Speaking at the Program on Negotiation (PON) at Harvard Law School in 2015, Laura Rockwood, a former senior research fellow with the Project on Managing the Atom at Harvard’s Belfer Center for Science and International Affairs and now the executive director of the Vienna Center for Disarmament and Non-Proliferation, offered advice from her 28 years of negotiating and implementing safeguards for the International Atomic Energy Agency (IAEA), an independent intergovernmental organization that promotes safe uses of nuclear energy and ensures compliance with obligations on the use of nuclear material.

Beginning in 1996, Rockwood led two years of trilateral negotiations among the United States, Russia, and the IAEA regarding the permanent removal of fissile material from the former enemies’ weapons programs. During the talks, Rockwood witnessed a negotiating technique that she found to be highly productive:

This type of active-listening process shows the other party that you’re striving to understand them by staying focused on the issues, according to Rockwood. Because active listening enhances understanding, it can be particularly effective when negotiating through interpreters or when one of the parties is negotiating in a foreign language, she said.

During many of the bilateral and multilateral negotiations Rockwood that led  with IAEA member states, many governments were initially “downright skeptical” about the organization’s proposals. By “truly listening to their concerns,” Rockwood and her team were able to gain their trust and learn important information.

What conflict resolution examples in history have you drawn useful negotiating lessons from?