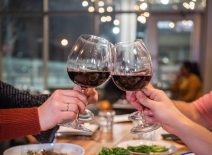 Melvin Shakun is a management consultant, professor emeritus at New York University, and founding editor of the international journal Group Decision and Negotiation. He spoke with Negotiation Briefings about dealing with conflict, and how negotiators can break through impasse by appealing to common values.

Dealing with conflict: How shared values can bring us together

Negotiation Briefings: How do you define values in the context of negotiation?

Melvin Shakun: Values are purposes we desire and would like to realize in negotiation. It might be to make money or to reduce the burning of fossil fuels to limit climate change. Concrete decisions and goals, such as making money, can be found at the bottom of the values hierarchy. By contrast, higher-level values are those that relate more to our broader goals and common humanity.

MS: What I refer to as “connectedness with the other” is a very important higher-order value that often propels progress on lower-level values. I once met the mayor of a small town in a wine-producing region in the south of France who had to manage conflict within the town council. He said that when they were dealing with conflict, he would bring out several bottles of his wine. They would taste the wine and give their opinions, and the council members who had vineyards would bring in their own wine to be tasted. When they got back down to business, everyone would feel more connected, and more open to compromise and solutions as a result. You can create connectedness with the other in many ways, such as sharing a meal or talking about common interests or experiences.

NB: What if you try to appeal to a higher-level value and the other side doesn’t respond?

MS: When you’re dealing with conflict, there’s always some other higher-level value. At one time, I lived in a large faculty-housing building in New York City. The children’s swings were in an open area where residents’ dogs could roam, and the area wasn’t very clean as a result. So the faculty met to vote on whether to keep dogs out of the area. My wife and I had a dog, but we recognized that children need a safe and clean space to play. We proposed keeping the area clean and our dogs on leashes, but it looked like we were going to lose.

Just before the vote, a faculty member raised his hand and said, “I’m against the dog run, but I care about minority rights, and the faculty with dogs are in the minority.” Aha! I proposed that they give us three months to keep the area clean and safe, and then hold the vote. So, that’s what they did. The dog owners followed the new rules, and the kids had a nice place to play.

The decision was changed by introducing the concept of minority rights—a higher-level value than the more obvious, practical values we were discussing, such as kids’ rights to a clean play area and space for dogs to get exercise. These were the concrete goals, and there was a conflict at that level. But a faculty member saw dog owners as human beings. Consequently, “connectedness with the other” acted as a higher-level value that promoted agreement at a lower level.

NB: What other higher-level values can negotiators draw on to break through impasse?

MS: New York University professor Jonathan Haidt has identified six “moral foundation values”: liberty, fairness, care, loyalty, sanctity, and authority. Essentially, they’re innate evolutionary intuitions that are culturally modified. For example, we all have an instinct to take care of those who need help, but the strength of that instinct varies among cultures. Often, Haidt points out, political polarization between liberals and conservatives is based on the different emphases they give these moral foundations. Liberals primarily value care, liberty, and fairness, so they focus on social programs. Conservatives’ most sacred value is to preserve institutions and traditions that sustain all six values.

NB: Given these differences, how can we come together?

MS: One fairly high-level value that’s not used enough in Washington now is what I call a “right/wrong value.” It’s a value where you say, “I am right, but you are not wrong.” If you say that to someone, it means, “I am willing to listen to you,” and that can go a long way toward building connectedness. It’s the truth, by the way, because no one knows for sure which side is right and which is wrong because right and wrong depend on how you see the problem.

I’d like for someone in Congress to stand up and say, “I am right, but you are not wrong.” It doesn’t mean you’ll vote the other way; it means you are listening. And hopefully, your counterpart will say that back to you.

By introducing new values, and encouraging all negotiators to explore the higher-level values that are important to them, you can change people and change the negotiation. We’re all human. Chances are, if we can identify the right values, more people will identify with them. That can help restructure a negotiation and lead to a solution.

What techniques have helped you in dealing with conflict?