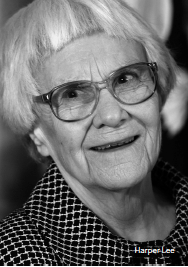 The buzz of excitement that arose in February at the news that Harper Lee, author of the beloved novel To Kill a Mockingbird, would be publishing a second novel quickly turned to concern. The 88-year-old Lee, who suffered a stroke in 2007 and resides in an assisted-living facility in her hometown of Monroeville, Alabama, long ago turned her back on fame and expressed no further literary ambitions. Had she truly sanctioned the publication of the newly rediscovered novel, written more than 50 years ago, or were her publisher and others with a financial stake in the deal taking advantage of her?

Though ultimately no evidence of elder abuse was unearthed, the unsettling situation serves as a reminder that negotiators risk sacrificing their ethical standards and reputation when entering into talks with counterparts who may lack the ability to negotiate on their own behalf. More broadly, when you are the more powerful party in a negotiation—or even just perceived as more powerful—you need to take special precautions to ensure that you treat the other side fairly.

A surprising discovery—and an about-face

Upon its publication in 1960, To Kill a Mockingbird became one of the great American novels almost overnight; it won a Pulitzer Prize, was adapted into a popular film, and has gone on to sell more than 40 million copies worldwide. Overwhelmed by her sudden celebrity status, Lee largely retreated from public life, telling friends she had said all she needed to say in a single book and felt no need to express herself further.

Then, this past February, Lee’s publisher, Harper (a HarperCollins imprint), announced that it would be publishing a novel Lee had completed in the mid-1950s. Back then, Lee’s editor had rejected the novel, Go Set a Watchman, but asked her to expand some of its flashbacks, a writing assignment that grew into To Kill a Mockingbird. Lee reportedly believed that the manuscript of her first novel had been lost or destroyed. But her friend and lawyer, Tonja B. Carter, discovered Go Set a Watchman in Lee’s archives in the fall of 2014, according to the New York Times.

In a statement that Carter sent to Lee’s publisher, Lee reportedly said she at first resisted the idea of publishing the novel, unsure of its merit, but changed her mind after sharing it with a few people close to her and receiving positive feedback. The novel picks up with members of the Finch family, beloved characters from To Kill a Mockingbird, 20 years after the events of Lee’s famous work unfolded. Go Set a Watchman is due to be released on July 14 with an initial print run of two million copies. The deal reportedly was negotiated between Carter, Lee’s agent, and Michael Morrison, the president and publisher of HarperCollins.

What had seemed like the publishing coup of the decade turned into a public controversy, with a raft of media reports questioning whether Harper executives had been overzealous in their pursuit of a new Harper Lee novel.

Lee’s friends and acquaintances have offered conflicting assessments of her mental state; some say she is sharp and lively, while others portray her as confused and lacking a short-term memory. In a 2011 letter, Lee’s sister and close companion, Alice Lee, who died last fall, wrote to a neighbor that her sister “can’t see and can’t hear and will sign anything put before her by anyone in whom she has confidence,” according to the Times.

As a result, some observers were skeptical that the statements Harper Lee reportedly made about deciding to publish Go Set a Watchman had originated with her and expressed doubt that she had been closely involved in the book negotiations. A senior vice president at Harper said the company had not spoken directly to Lee about the book but negotiated exclusively with Carter and Lee’s literary agent, typical practice in the publishing world. HarperCollins executives said they visited Lee soon after announcing the new book and had a pleasant conversation with her about their publication plans.

One doctor who knew Lee but was not her personal physician asked the State of Alabama to investigate whether the writer had been capable of consenting to the book’s publication. That investigation concluded in April, with officials saying they had found no evidence of elder abuse or neglect. One investigator said that Lee “has opinions and seems to be aware of what is going on with her book and the book deal.”

The question of whether Harper Lee’s publisher and others took advantage of her seems to be a closed case. But the author’s poor health, and the fact that the release of Go Set a Watchman is at odds with her long-held attitudes, continues to cast a pall over the book’s impending publication and raises the question of whether the negotiations should have been handled differently.

The dark side of power in negotiation

Power is often portrayed as an unmitigated boon to negotiation. Powerful negotiators have an advantage at the bargaining table relative to their weaker counterparts. The powerful tend to be more confident, make fewer concessions, and get better deals.

Yet there can be a dark side to power in negotiation. To begin with, the confidence that accompanies power can lead to overconfidence, which in turn can cause powerful negotiators to overlook the importance of preparation and research. Relatedly, the powerful tend to fall back on cognitive shortcuts that lead them to misjudge the interests of their less-powerful counterparts, professors Elizabeth Mannix of Cornell University and Margaret Neale of Stanford University have found in their research.

In addition, people who are primed to feel powerful can have difficulty taking others’ perspectives. People experiencing power, even if only temporarily, tend to focus on themselves and consequently can be less empathetic than others, Nathanael J. Fast, Deborah H. Gruenfeld, Niro Sivanathan, and Adam D. Galinsky found in one study.

It’s easy to see how the simplistic thinking, self-focus, and confidence that can accompany power could lead negotiators to distort a weak or vulnerable party’s interests to their own advantage. For example, Harper Lee’s publisher, agent, and lawyer had strong financial incentives to assume Lee would be receptive to the publication of her newly discovered novel—and to overlook the fact that she had chosen long ago, in her literary prime, not to publish it.

Power, agents, and conflicts of interest

Through a process known as ethical fading, business negotiators may come to view a decision as a “business decision” rather than an “ethical decision,” according to Notre Dame University professor Ann E. Tenbrunsel and psychologist David Messick. When we scrub the ethical dimensions of our decisions in this manner, we increase our odds of behaving unethically. Lee’s publisher may have fallen into this trap, judging by the fact that it apparently did not try to communicate directly with Lee during negotiations over her manuscript.

Complicating matters, when decision makers have a motivation (whether financial or otherwise) to interpret data in a particular way, they have difficulty approaching the situation without bias, write Harvard Business School professor Max H. Bazerman and Tenbrunsel in their book Blind Spots: Why We Fail to Do What’s Right and What to Do about It (Princeton University Press, 2011). As a result, negotiators may make decisions that violate their personal moral code—perhaps without their conscious realization.

To take one example, during the housing bubble of the 2000s, major credit-rating agencies such as Standard & Poor’s, Moody’s, and Fitch routinely gave AAA ratings (the highest-possible rating) to issuers of highly risky mortgage-backed securities—the “toxic assets” whose collapse triggered the 2008 financial crisis. The agencies’ objectivity was compromised by the fact that they were paid by the very organizations they were hired to rate—the same type of conflict of interest that has infected the U.S. auditing industry, according to Bazerman and Tenbrunsel.

Such conflicts of interest are especially common in industries where agents negotiate on behalf of their clients, such as real estate, law, banking, entertainment, and publishing. An agent’s financial interests are almost never perfectly aligned with those of her client. As a result, clients who are in a weak or compromised state are particularly vulnerable to being taken advantage of by their agents, who may have difficulty reining in their de facto power.

Due diligence for powerful negotiators

It’s not just those who deliberately prey on the powerless who risk damaging their professional reputations or being sued. All of us need to remain aware of the potential pitfalls of being the more powerful party in a negotiation, especially because people tend to hold the powerful to higher ethical and moral standards. In their research, Tenbrunsel and Messick found that participants viewed a powerful person who reneged on a contract to be more unethical than a less powerful person who did the same.

Thus, as your power increases, you can expect your actions to face greater scrutiny—including from the legal system. To protect weak parties in negotiations, the courts sometimes second-guess deal terms that appear onerous, read additional terms into the deal that favor the weaker party, and impose procedural constraints that prevent the stronger party from abusing its bargaining power, says Harvard Business School and Harvard Law School professor Guhan Subramanian.

How can you improve your odds of behaving ethically? Whether you expect to be the stronger or weaker party in a negotiation, it’s always wise to gather as much knowledge as you can about the issues and parties involved in advance. Here are some questions you should try to answer:

Being the more powerful party in a negotiation doesn’t mean you have to treat your counterpart with kid gloves. But it does mean that you have a special responsibility to ensure that both you and the other party are protected from undue risk.

What if you’re the weaker party?

The following tips can help you level the playing field when you are the weaker party in a negotiation: