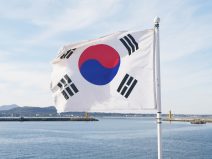 In negotiation, a combination of several negotiation strategies may be needed to move past a difficult impasse. The decades-long protracted negotiations between North Korea and South Korea provides such a case study. While tensions remain high on the divided Korean peninsula, the Kaesong industrial complex remains a beacon of hope for those that want to see more collaboration between the two states, even though it is currently inoperative. This echoes what the DPRK did back in April 2013, when North Korea abruptly removed its workforce from the Kaesong Industrial Complex. The complex shut down, and the two nations engaged in seven rounds of negotiations over the course of 133 days to try to reach agreement to reopen it.

The two sides made little headway over the first six rounds, writes Jasper Kim in a Wall Street Journal article entitled “How the Koreas Got to Yes on Kaesong.” Each side staked out its position and refused to budge. Compromise seemed elusive, as did trust between the fractured nations. South Korea broke the stalemate with a multi-pronged strategy, according to Kim. First, it gave the North incentives to cooperate through a significant concession. Namely, Seoul offered to share responsibility with Pyongyang for the smooth running of Kaesong, rather than leaving this burden to North Korea, as past practice had dictated.

Second, South Korea revealed that it had a credible BATNA, or best alternative to a negotiated agreement. If no agreement could be reached, South Korean officials said they would give an insurance payout to the businesses forced to leave the shuttered Kaesong.

Third, the South imposed a final deadline on talks by referring to the seventh round with North Korea as the final one. This language put the North on notice that it only had one more opportunity to cooperate. Credible deadlines, even when they are arbitrary, can be a strong motivator, negotiation researchers have found.

Fourth, the North timed its latest tactics to fall just before the two Koreas’ celebration of Liberation Day, which falls on August 15 and celebrates the entire Korean peninsula’s independence from Japanese occupation. The highly symbolic occasion may have dovetailed well with the current talks to help soften the North’s position.

What is your most difficult negotiation experience? Share your story in the comments?

Related Article: In Conflict Management, The Devil Is In The Details