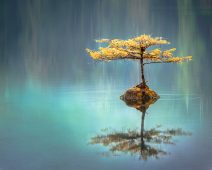 David Schwimmer, the actor who played Ross on the hit television comedy Friends, famously convinced the show’s five other leads in the early years of its run to negotiate their contracts with NBC as a team. The “mini union” formed by the actors ultimately helped them negotiate an unprecedented $1 million each per episode during the show’s final season.

But if the TV network and the show’s producer, Warner Brothers, were willing to make steep concessions on salary to keep the cast, there was one issue that was not open to compromise.

“The only time that I think we really put our foot down was when the cast wanted story approval,” show cocreator Marta Kauffman said on a panel at the National Association of Television Program Executives conference in January 2014. Kauffman explained that she and cocreator David Crane worked collaboratively with the cast and were open to their story pitches, as reported in Broadcasting & Cable magazine, but resisted giving them veto power over scripts.

As Kauffman’s anecdote reminds us, when multiple issues are at stake in negotiation and parties have different preferences across these issues, they may be able to reach a mutually beneficial deal by making tradeoffs based on what each side values most. To reach mutually beneficial agreements, negotiators have to work hard to both create new sources of value through collaborative moves and claim as much value as they can.

The tension between creating and claiming value is pivotal to the process of business negotiation, write Robert H. Mnookin, Scott R. Peppet, and Andrew S. Tulumello in their book Beyond Winning: Negotiating to Create Value in Deals and Disputes (Harvard University Press, 2000). Share too little information about your interests, and you will have difficulty identifying possible value-creating tradeoffs. Share too much, and the other side may take advantage of you.

How can you reach mutually beneficial deals while minimizing the risk of being exploited? Mnookin and his coauthors recommend a number of steps that can improve your outcomes, including these three:

Too often, we approach contract negotiation with a narrow mindset, assuming we will be fighting with our counterpart to grab as much as we can. Rather than looking for ways to expand the pie, we focus on carving it up. Rather than capitalizing on our different preferences, we accept impasse. By contrast, when parties can trade on their preferences across different issues, they reduce the need to haggle over price and percentages.

As part of your preparation for important negotiations, make a list of all the possible issues that may be at stake. Then consider your interests and your counterpart’s interests in each one. In addition to identifying tangible interests, such as price and deadlines, don’t forget intangible ones, such as building a long-term relationship or saving face in the aftermath of an error.

It’s also important to determine the point at which you would walk away from the current negotiation and accept your best alternative to a negotiated agreement, or BATNA, write the authors of Beyond Winning. Because it allows you to reject a mediocre agreement, a strong BATNA is typically your best source of power in a negotiation.

After identifying your BATNA, take steps to improve it, when possible. To take a simple example, suppose you’re feeling uninspired in your current job and ready for a change. You believe you’re about to get an offer from a start-up. To avoid accepting a package in your salary negotiation that doesn’t meet your needs, you might explore the possibility of taking on more interesting responsibilities with your current employer (perhaps for higher pay) or you might expand the scope of your job search.

Another key part of your preparation for reaching a mutually beneficial deal is to assess your reservation value, or bottom line—the least you will accept in the current negotiation—and an ambitious yet realistic aspiration level, or goal.

Reservation values can be hard to calculate, as when you are weighing two job offers that vary on dimensions such as salary, responsibility, and benefits. In this case, you might want to set up a scoring system—a grid that allows you to assign point values to different options and make comparisons across your various alternatives.

As for setting an aspiration level, aspire to an outcome that is better than your BATNA. Prepare arguments that will make your aspirations seem reasonable. Though you are unlikely to get everything you asked for, you should be able to anchor any haggling that follows around an ambitious yet realistic aspiration level.

What other advice do you have for reaching mutually beneficial agreements in business negotiation?