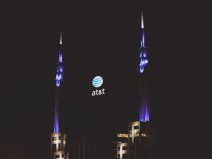 It was a dramatic about-face. In mid-2018, AT&T finalized its $85 billion purchase of Time Warner after successfully fighting off U.S. government antitrust lawsuits. Just less than three years later, in May 2021, AT&T announced it was spinning off Time Warner, now known as WarnerMedia, after merger-and-acquisition (M&A) negotiations with media company Discovery. If approved by shareholders and regulators, the Discovery-WarnerMedia partnership will become the second-biggest media company in the United States, by revenue, according to the New York Times.

AT&T’s purchase of Time Warner and spin-off of WarnerMedia had very different purposes, but the M&A negotiation tactics used in both had some striking similarities.

Both negotiations in the news took root in exploratory talks between executives at the highest levels.

In 2016, Hollywood executive Peter Chernin urged then–AT&T CEO Randall Stephenson over dinner to look into acquiring Time Warner for its content. A few days later, Stephenson met with then–Time Warner CEO Jeff Bewkes for one of their occasional lunches. The two had known each other for years, as AT&T’s satellite-TV service DirectTV distributed Time Warner channels such as TBS and TNT. Stephenson raised the possibility of a merger; soon, the two agreed to begin an M&A negotiation.

AT&T’s spin-off of WarnerMedia had a similarly informal start. Discovery’s CEO, David Zaslav, and AT&T CEO John Stankey, Stephenson’s replacement, had planned to meet at the Pebble Beach Pro-Am golf tournament in mid-February 2021 but ended up staying home because of the Covid-19 pandemic. While watching the tournament on TV, Zaslav emailed Stankey: “You around? I’ve been thinking . . . ” He signed off with several golfer emojis. Stankey responded a few minutes later, asking if Zaslav wanted to chat. The two followed up with a long conversation.

Through the month of March, Zaslav and Stankey met repeatedly at a brownstone Zaslav was renting in New York’s Greenwich Village to discuss a possible deal. On April 1, Zaslav and his team made a formal pitch to AT&T. More than a month of talks followed, with each side aided in the negotiations by bankers.

As these stories suggest, would-be partners are likely to be more receptive to dealmaking overtures when they already have a strong relationship with the inquirer. High-level executives often play a pivotal role both at the start of talks and at the finish line.

Secrecy was another hallmark of both negotiations. During the “whirlwind courtship” between AT&T and Time Warner in 2016, Stephenson and Bewkes were anxious to keep the deal from leaking to lawmakers and consumer advocacy groups, according to Bloomberg.

Negotiations, code-named “Bobtail,” were confined at first to just eight people, including Stephenson and Bewkes, Reuters reports. Negotiators from “Lily” (AT&T’s code name, after a character in one of the company’s ad campaigns) and “Rabbit” (Time Warner’s moniker, in homage to Warner Bros.’ Bugs Bunny) met in Dallas and other cities to avoid arousing suspicions in New York City. The heads of Time Warner subsidiaries HBO, Warner Bros., and TBS were all left in the dark, according to the New York Times.

Secretive M&A negotiation tactics were also employed in the recent talks between AT&T and Discovery. “Even the chief executive of WarnerMedia [Jason Kilar] was kept in the dark while his company was being negotiated out from under him,” the New York Times reports. Here again, code names were used. Discovery called the deal “Project Home Run” and, in keeping with the baseball theme, WarnerMedia was “Williams,” AT&T was “Aaron,” and Discovery was “DiMaggio.”

Looking on the Bright Side

A final commonality between leaders of these two major business negotiations in the news was optimism. At the time, numerous observers said AT&T was overpaying for Time Warner and would regret it in the end. Yet AT&T executives pursued the media conglomerate with zeal, seemingly willing to pay whatever it took to claim the prize.

When the venture flopped, the parties involved were just as enthusiastic about tying up WarnerMedia and Discovery. The new media company, yet to be named, will bring together HBO, HBO Max, Warner Bros. studios, CNN, TBS, HGTV, the Food Network, and many other channels. Having shed its entertainment arm, AT&T will focus on its core business, particularly 5G and fiber broadband. Zaslav, who will run the new company, framed it as win-win bargaining that would benefit consumers, talent and storytellers, and shareholders.

Overoptimism may be the most frequent bias that affects M&A negotiation strategy. Whether they’re anxious to merge or undo past deals, negotiators often get swept up in the heat of the moment. It’s wise to incorporate M&A negotiation tactics that encourage careful deliberation, such as seeking counsel from those who have no stake in the matter and analyzing what might happen if anticipated gains fail to materialize.

What other M&A negotiation tactics have you observed repeatedly in negotiations in the news?