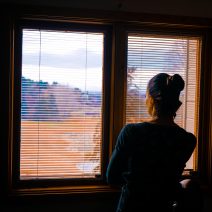 In business negotiations, a little power is better than none at all, right? After all, if talks with a prospective client fail, we’d rather have a few unpromising leads to turn to rather than none.

This thinking makes sense, but because of how our minds work, weak alternatives can cause problems for us in the process of business negotiation, a 2015 study by Michael Schaerer and Roderick I. Swaab of INSEAD and Adam D. Galinsky of the Columbia Business School suggests. The research suggests business negotiation solutions for those in low-power positions.

To take a salary negotiation example, in his 2014 book The Agent: My 40-Year Career Making Deals and Changing the Game (Thomas Dunne Books, 2014), sports agent Leigh Steinberg describes how, in 1975, the Atlanta Falcons chose his client, rookie quarterback Steve Bartkowski, as their first pick in the first round of the National Football League (NFL) draft. The Falcons could turn to other players if the salary talks failed, but Bartkowski had to negotiate exclusively with the Falcons and take their best offer.

Despite this lack of power, Steinberg made an opening demand for $750,000—at the time, more than any football player, let alone a rookie, had ever been granted. Though outraged by the request, the Falcons ultimately signed Bartkowski for $600,000, the most lucrative contract in NFL history at the time.

Would Steinberg still have made a bold demand for $750,000 if Bartkowski had been able to consider an offer from another team—say, a lowball offer of $100,000 per year? Probably not, Schaerer and colleagues speculated. In this case, the low offer likely would have led Bartkowski and his agent to view any salary above $100,000 as desirable and thus to demand much less than $750,000.

Thus, this isn’t just a case of dealing with difficult people. Rather, it illuminates the anchoring effect, or the tendency for negotiators’ judgment to be affected by any number that is mentioned during talks, such as an opening offer, whether or not it’s relevant or appropriate. The Falcons, for example, clearly were anchored by Steinberg’s $750,000 demand.

A negotiator’s weak BATNA, or best alternative to a negotiated agreement, might anchor her judgments and outcomes in a similar manner, the research team hypothesized. In one experiment, they assigned pairs of students to play the roles of buyer and seller in a negotiation over a Starbucks mug with a retail price of 8.90 euros.

Before meeting their negotiating partners, students playing the role of seller received a phone call, purportedly from another potential buyer. Some of the sellers received a call from a buyer who made a low offer of 1.50 euros for the mug; others received a call from a buyer who declined to make any offer for the mug. Thus, some of the sellers had a weak BATNA, and some had no BATNA at all. In their subsequent negotiations, the sellers were instructed to make the first offer and to negotiate with their counterpart until they agreed on a sale price for the mug.

The results suggest that a weak BATNA may lead us to irrationally aim lower than we would if we had no alternatives at all in business negotiation. The findings suggest the following guidelines for those seeking to negotiate business contracts:

What other business negotiation solutions would you recommend to those who feel they lack power?