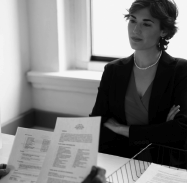 In contexts where negotiation isn’t the norm, should you negotiate anyway? The answer may be yes, especially if you have a strong BATNA strategy, or plan for managing your best alternative to a negotiated agreement.

Consider the fact that applications to U.S. law schools have steadily declined in recent years, from about 100,000 in 2005 to an estimated 62,000 in 2022, according to the Law School Admission Council. With many law firms contracting or closing, uncertain job prospects and six-figure debt have scared away applicants, writes Elizabeth Olson in the New York Times.

As a result, law schools are in fierce competition for the best applicants—a fact that some prospective students are using to their advantage. In 2014, Emily Trieber, then a first-year student at Roger Williams University School of Law in Bristol, Rhode Island, told the Times that after the school offered her a scholarship, she successfully negotiated to lower her tuition further, as many classmates had done. “It doesn’t hurt to ask,” she explained.

The following three guidelines should help with your BATNA strategy and beyond:

In most negotiations, your primary source of power is typically your BATNA. When you have a strong BATNA, you will feel comfortable walking away from a deal that doesn’t meet your needs in favor of one that does. For law school applicants admitted to several schools, that might mean negotiating issues such as tuition and financial aid with each school and then taking the best deal.

When negotiation is not the norm, it’s particularly important for your BATNA strategy to include an assessment of your counterpart’s BATNA in addition to your own. Law school applicants, for instance, might look up statistics on enrollment, tuition trends, and test scores for the schools they’re considering. Such BATNA analysis can help identify whether a school is struggling to maintain its prestige, in which case it may be open to negotiation, or holding strong, in which case it may not.

In business negotiations, you can gain a clearer sense of your negotiating leverage by researching relevant economic indicators, checking media reports, and consulting your network.

Rather than opening a negotiation with strong demands, present your well-researched case that a better agreement is warranted, whether due to changing economic conditions, increased competition, or whatever the reason may be. In addition, lay out any evidence you have that negotiation is becoming common in this realm.

You might also increase the other party’s willingness to negotiate by asking questions. For example, you could try to confirm whether your research is accurate: “My understanding is that the availability of cheaper parts is driving down costs in your industry; is that correct?” Because counterparts may be unprepared to negotiate, express your willingness to discuss details after giving them time to get ready.

What if counterparts resist cutting you a better deal?

Stress the assets you bring to the table, and refer to your BATNA. Top law-school candidates, for example, could remind admissions officers of their qualifications and mention other schools they’re considering. If they have a good offer in hand, they might ask a school to improve on it or to match it.

In addition, look for carrots you might dangle to lessen your counterpart’s resistance to negotiation. Think about perks you could easily give that the other party might value, such as introductions to influential members of your network.

When Negotiation Isn’t Worth Your Time

Just as spotting negotiating opportunities is a key skill, so is recognizing when to pass on negotiating. In their book, Negotiation Genius: How to Overcome Obstacles and Achieve Brilliant Results at the Bargaining Table and Beyond, Harvard Business School professors Deepak Malhotra and Max H. Bazerman present situations in which you might sensibly choose not to negotiate, such as:

What advice would you offer for negotiating in contexts where negotiation isn’t the norm?