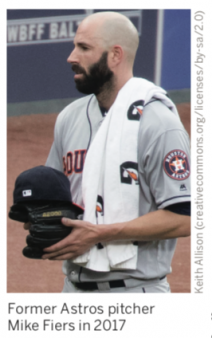 In competitive realms, it can be especially difficult to negotiate with integrity, unity, and a long-term perspective. Two recent stories from professional sports—women hockey players’ fight for a living wage and a sign-stealing scandal in Major League Baseball—highlight best and worst practices for those negotiating in cutthroat environments.

Fighting for a league of their own

Founded in 2015, the five-team U.S. National Women’s Hockey League (NWHL) is the first women’s pro hockey league to offer its players payment—but not a living wage. Base salaries range from just $2,000 to $15,000 for six months of work; players don’t get health insurance, and they have to pay for their own travel and other expenses. The NWHL Players’ Association says it’s working to generate new sponsorship revenue, but significant improvements in pay, benefits, and training conditions seem unlikely.

In March 2019, the NWHL’s neighbor to the north, the 12-year-old Canadian Women’s Hockey League, folded, citing low revenues and an unsustainable operations model. The NWHL announced plans to add new teams and hire Canadian players. After the 2019 Women’s World Championship in Finland in April, members of the Canadian and American national teams met to talk about forging a new path, according to the Canadian cable channel The Sports Network. The United States had just placed first, and Canada third, but the players were determined to put aside their on-ice rivalry and join forces.

Soon after, about 200 of the world’s top female hockey players, including 42 Olympians, announced they would sit out the upcoming NWHL season unless they were offered a living wage, the Globe and Mail reports. But it wasn’t an ordinary strike. Pessimistic about the league meeting their demands, the players weren’t going to wait around or picket rinks. Instead, they formed the Professional Women’s Hockey Players’ Association (PWHPA) and began planning events across North America to showcase their sport.

The PWHPA’s goals include publicizing women hockey players’ fight for a living wage, promoting the creation of a viable professional North American hockey league, and giving players opportunities to train and play. Above all, the PWHPA aims to get girls excited about hockey to strengthen the sport for the future. On its “Dream Gap Tour,” the PWHPA plays exhibition games and holds youth clinics and autograph signings. Corporate sponsors provide funding and equipment; coaches volunteer their time.

The PWHPA grew out of discussions with a star from another sport—tennis legend Billie Jean King. In their own fight for fair pay in the 1970s, King and eight other women boycotted the U.S. Lawn Tennis Association and played for the nascent Virginia Slims Circuit, which paved the way for the Women’s Tennis Association. “We did what we needed to do in 1970 not for our generation of players, but for future generations,” King told the Wall Street Journal. Through her sports consultancy, King has been advising the PWHPA pro bono, and she has become one of the association’s major financial backers.

It’s uncertain whether the PWHPA will reach its bold goal of building a financially sustainable women’s hockey league, complete with a living wage and benefits. There has been speculation that the PWHPA hopes to put the NWHL out of business and persuade the men’s National Hockey League (NHL) to back a new women’s league, but NHL officials have made no commitments to do so. The NWHL continues to operate without many of the sport’s top players.

For now, PWHPA members are finding strength and motivation through unity. “If it was just me coming out and demanding a better pro league, no one would listen,” Canadian Olympian Natalie Spooner told the Globe and Mail. “But when we all stand together and share our collective goal, that is really powerful.”

“What exists now isn’t sustainable,” Canadian player Brianne Jenner told The Sports Network. “We owe it to not only ourselves but future generations to do this and to get it right.” She noted that friendships have formed between Canadians and Americans who were formerly rivals on the ice. “We’re all in this together. We have a common goal.”

In Major League Baseball (MLB), the technological era has enabled many innovations, from data analytics that predict players’ future performance to electronic sensors and videos that help players improve their swings and pitches. Unfortunately, technology has also created new opportunities to cheat.

MLB prohibits teams from using technology, such as cameras and computers, to let batters know which pitch signs opposing teams’ catchers are sending to their pitchers. During the 2017 MLB season, the Boston Red Sox were caught sending sign sequences from their video room to a trainer in their dugout. MLB commissioner Rob Manfred fined the team and sent a memo to all MLB teams reiterating that electronic sign stealing was forbidden. Team managers and general managers would be accountable for any violations, he warned, as reported by the Washington Post.

The same season, many teams became increasingly convinced that the Houston Astros were engaging in sign stealing that made them almost unbeatable. The New York Yankees accused the Astros of using a system of whistles to send signs to batters during playoff games; Astros manager A.J. Hinch called the accusation “ridiculous.” The Astros went on to beat the Los Angeles Dodgers in the 2017 World Series.

“The whole industry knows [the Astros have] been cheating,” one executive from an MLB team later told the Post. He and another team executive said that at least 10 teams had complained to MLB about the Astros stealing signs in recent years but received no response.

Before the start of the 2019 season, the MLB instituted new precautions to reduce electronic sign stealing, including prohibiting cameras beyond the outfield fence, requiring video monitors to be on an eight-second delay, and assigning league employees to look for evidence of sign stealing at ballparks, according to online sports website The Athletic.

In November 2019, former Astros pitcher Mike Fiers and three other players who were on the team in 2017 told The Athletic that the Astros had engaged in rampant and systematic sign stealing at home games in 2017 and part of 2018. According to the players, a camera positioned in center field of the team’s Minute Maid Park transmitted video of catchers’ signs to a monitor positioned in a tunnel near the Astros’ dugout. Astros players watching the video would bang on a trash can to let batters know what type of pitch was coming next.

In response to The Athletic’s exposé, MLB launched an investigation of the alleged cheating. Behind the scenes, the league and the MLB Players Association (MLBPA) reached an agreement that granted current and former Astros players immunity in exchange for their honest testimony on sign stealing. “There were no intense negotiations; the league offered immunity essentially from the outset,” the Journal reports.

Why? First, MLB predicted players would be more likely to open up about the scheme if they didn’t face suspensions. Second, players likely could get any suspensions overturned through the MLBPA by arguing that Astros management didn’t share league warnings about electronic sign stealing with them and had condoned or been actively involved in the scheme. Third, some of the players had moved on to other teams, which would be unfairly harmed by player suspensions. Finally, MLB was motivated to avoid escalating tensions with the MLBPA in the lead-up to collective-bargaining negotiations in 2021.

After interviewing 68 witnesses, including 23 current and former Astros players, MLB produced a report within two months detailing the Astros’ illegal activity. In a letter to Astros general manager Jeff Luhnow, Manfred accused “most or all” Astros players of stealing signs from opposing teams throughout the 2017 season and part of the 2018 season through their trash- can-banging scheme.

Manfred called the scheme “player-driven” but, because of their immunity deals, didn’t suspend any players. Luhnow, Hinch, and former assistant general manager Brandon Taubman received one-year suspensions; all three have since been fired. The Astros received the maximum financial penalty of $5 million and lost their top-two draft picks for the next two seasons. Two former Astros allegedly at the forefront of the scandal—New York Mets manager Carlos Beltrán and Boston Red Sox manager Alex Cora—were also fired.

Contrary to Manfred’s conclusions, the Astros’ sign stealing wasn’t solely orchestrated by its players, Jared Diamond subsequently reported in the Journal. Members of the Astros’ front office designed an Excel-based app known internally as “Codebreaker” that decoded opposing catchers’ signs. “The Astros’ rule-breaking permeated the organization, involving executives, coaches, and players,” Diamond reported. Either Manfred overlooked such evidence to try to limit fallout from the scandal or, in a rush to move on, didn’t conduct a thorough enough investigation.

But while the Astros may have organized the most brazen electronic sign-stealing scheme in the league, they likely were not alone. Electronic sign stealing “permeates through the whole league,” one MLB manager told The Athletic. “The league has done a very poor job of policing or discouraging it.”

Pending negotiations with the MLBPA, MLB is expected to issue yet another revised policy to combat electronic sign stealing before the start of the 2020 season, which could include penalties for players caught cheating in the future, according to the Journal.

Beyond winners and losers

The women hockey players’ inspiring quest for a pro league is worlds apart from the sordid saga of sign stealing in professional baseball. But some broader negotiation—and life—lessons can be gleaned from the very different stories.