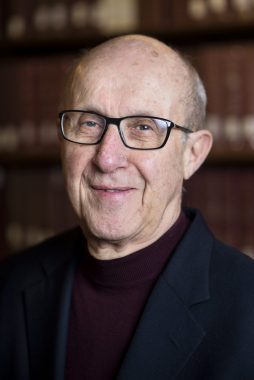 With broad experience in higher education, international development, and legal practice, Jeswald Salacuse specializes in international negotiation and arbitration, international business transactions, and law and development. He is the author of twenty books and numerous articles, including Leading Leaders: How to Manage Smart, Talented, Rich, and Powerful People, named one of the top five business books of 2006 by the Globe and Mail, and The Global Negotiator: Making, Managing, and Mending Deals around the World in the Twenty-First Century, selected as one of the best business books of 2003 by Library Journal. His most recent book is Real Leaders Negotiate! Gaining, Using, and Keeping the Power to Lead through Negotiation, Palgrave Macmillan 2017. He has been a consultant to major multinational companies, government agencies, international organizations, universities, foundations, and foreign governments.

Salacuse was awarded the Fulbright Distinguished Chair in Comparative Law for Italy in 2000 and has served as dean of the Fletcher School and as dean of the School of Law of Southern Methodist University. His other leadership positions have included founding president of the Association of Professional Schools of International Affairs (APSIA), first president of the Tufts University Faculty Senate, and the Ford Foundation’s first representative in Sudan. He is a member of the Council on Foreign Relations, the American Law Institute, and the executive committee and faculty of the Program on Negotiation at Harvard Law School. Formerly an independent director of several mutual funds, he is currently chairman of the India Fund and president and a member of international arbitration tribunals under the auspices of the World Bank’s International Centre for Settlement of Investment Disputes.