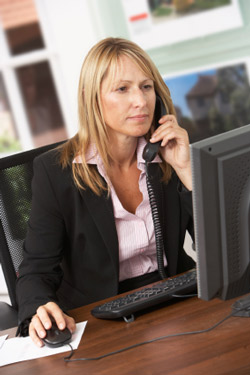 Imagine you’re bidding for a house against another “very interested party,” according to your real-estate agent, and the seller wants a sealed bid from you by close of business today. Or suppose you’re a supplier trying to break into a new account, and the potential customer wants a “best and final” offer from you right away.

Requests for sealed bids are made in many realms, from residential real estate to procurement to high-stakes mergers and acquisitions deals. Such sealed-bid competitions are stressful regardless of the outcome. If you lose, you may never find out whether you needed to bid only slightly higher. If you win, you may wonder whether you paid more than necessary.

A typical feature of sealed-bid situations is that you don’t know who your potential competitors are or even whether they exist. Consider the recent case of a company that was selling off an underperforming division. The seller announced that the due-diligence period (when potential buyers could examine the division’s assets closely) would take place the upcoming weekend and that a deal would have to be inked within a week. The seller solicited a number of potential buyers, but only one expressed interest.

You might predict that the interested buyer then called all the shots. But when the buyer contacted the seller to schedule due diligence, the seller claimed that only one slot was left: 8:00 a.m. on Sunday. When the buyer showed up, the trash cans were full of Chinese-food cartons—a detail staged to create the perception that another group had been there the night before. The buyer took the bait, making a generous offer that the seller negotiated up a bit further before closing the deal.

Contrast this case with a recent management buyout of a public company. A potential buyer’s bankers and lawyers did extensive research that revealed that no one else would be interested in buying the company. Sure enough, two other potential bidders failed to pan out. The buyer’s management team made an aggressive first offer that led to an attractive buyout price.

In a sealed-bid situation, it’s easy for a seller to create the perception of competition. A few well-placed phone calls can go a long way toward determining the real state of play.