with Assistant Secretary of State & 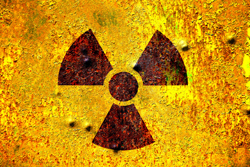 Join the Program on Negotiation for a brown bag lunch with Assistant Secretary of State for the Bureau of Arms Control, Verification and Compliance Rose Gottemoeller. In a discussion facilitated by Prof. Robert Bordone, Director of the Harvard Negotiation and Mediation Clinical Program, Assistant Secretary Gottemoeller will discuss her experiences as the chief negotiator of the New Strategic Arms Reduction Treaty (New START), a landmark agreement between the US and Russia to reduce the number of deployed strategic nuclear warheads and long-range missiles.

Bring your lunch. Drinks and dessert will be served.

Rose Gottemoeller was sworn in as the Assistant Secretary of State for the Bureau of Arms Control, Verification and Compliance, on April 6, 2009. She was the chief negotiator of the New Strategic Arms Reduction Treaty (New START) with the Russian Federation. Since 2000, she had been with the Carnegie Endowment for International Peace. She most recently was a senior associate in the Carnegie Russia & Eurasia Program in Washington, D.C., where she worked on U.S.–Russian relations and nuclear security and stability. She also served as the director of the Carnegie Moscow Center from January 2006 – December 2008.