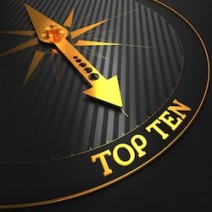 Sometimes negotiators care so much about the issues at stake that they mistake compromise for surrender. Sometimes they’re so confident things will go their way they don’t try hard enough. Our list of the 10 Worst Negotiations of 2014 includes talks that failed for one or both of these reasons, as well as for numerous other lapses. As we reflect on the shortcomings of 2014, let’s learn from the past and strive to negotiate more rationally in 2015.

It might only have been the most important negotiation of the year to diehard Boston Red Sox fans, but for the rest of us, the team’s spectacularly botched opening offer in renegotiations with its star pitcher, Jon Lester, serves as a reminder of the importance of crafting opening offers with care. By tossing out a random, lowball number ($70 million over four years), the Sox offended Lester and ultimately drove him into the arms of the Chicago Cubs and their six-year, $155 million deal.

Microsoft CEO Satya Nadella found himself in the hot seat in October after advising women attending a computing conference to wait for raises and promotions to come to them rather than negotiating for them directly. Widely criticized for his remarks, which contradict recent negotiation research and advice, Nadella tweeted a mea cupla: he said he’d been “completely wrong” and said he’d do his part to narrow the persistent gender pay gap in Silicon Valley.

Loyalty to the CEO is supposed to be a good thing, but for New England supermarket chain Market Basket, employees’ support of their chief and co-owner, Arthur T. Demoulas, proved perversely destructive in 2014. After Demoulas was fired by his cousin—and before he was reinstated through mediation—employee demonstrations and a customer boycott nearly brought down the company. The mess reminds us of the value of working out family conflicts in private.

See Also: In Dispute Resolution, a Tale of Two Arthurs

This past year, some of the top Silicon Valley firms—Apple, Google, Intel, and Adobe—settled a lawsuit filed by engineers who accused them of illegally suppressing their pay in a secret anti-poaching pact. The plot allegedly was the brainchild of Steve Jobs, Apple’s late CEO, and Google cofounder Sergey Brin, whose agreement not to recruit from each other was tantamount to collusion. The story shows how ethical breaches, when framed as innocuous, can snowball out of control in negotiation.

See Also: Dealmaking – Beyond Collusion – How to Include Outsiders in Your Deal in Business Negotiations

What seemed like a promising partnership disintegrated into an embarrassing public showdown when co-owners of the Philadelphia Inquirer clashed over personnel and business issues soon after taking control of the paper. The owners’ inability to “consciously uncouple” harmed the Inquirer and cast everyone involved in a negative light.

When publisher Hachette refused to meet its demands on e-book pricing, Amazon played hardball by raising prices on Hachette titles, delaying their shipment, and engaging in other dirty tricks. The retailer reportedly caved in the long run, but not after incurring negative publicity and harming writers, the unwitting pawns in a twisted game.

See Also: When Dealmaking Breaks Down, Take the High Road

4. The U.S.’s hands-off approach to hostages

Infighting and policy confusion among government agencies left the families of U.S. journalists and others taken hostage by Middle Eastern terrorist groups feeling alone and adrift last year. Refusing to talk to terrorists, negotiate with middlemen, or provide useful help to families, the U.S. government restricted itself to military interventions that failed and watched helplessly as citizens such as James Foley were executed.

Sadly, nine months of negotiations between Israel and the Palestinians, led by U.S. Secretary of State John Kerry, collapsed in April, joining a long string of failed talks between the two parties in the enduring conflict. Each side accused the other of sabotaging the negotiations with provocative actions that, they claimed, violated preconditions to the talks. To move forward, the enemies will need to find ways to build trust.

2. A failure to engage with Putin

Despite years of interactions with the man, world leaders seemed mystified by Russian president Vladimir Putin and his brazen incursion into Crimea in 2014. A failure to acknowledge and address Western slights, as perceived by Putin, led to a breakdown in communication that has left Russia isolated and unpredictable.

See Also: Dealing with Difficult People – Such as Putin

1. An enduring conflict in Syria

In May of last year, Lakhdar Brahimi, U.N. special envoy to Syria, announced he was stepping down as mediator of the Syrian conflict due to frustration with a lack of progress. A second round of peace talks had collapsed in February when the two sides—the Syrian government and the opposition coalition—were unable to agree on how to negotiate. To date, more than 100,000 people are believed to have died in the conflict, and millions have been displaced.