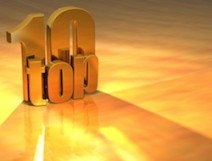 Performers, Hollywood insiders, and even reality-TV stars found themselves tangled up in some of the most interesting negotiations of 2015—and displayed varying skills at the bargaining table.

9. The rebels and the beauty queen.

They were unlikely negotiating partners: the woman crowned Miss Universe, Pauline Vega, and FARC, the rebel group that has terrorized Columbia, the country she represents. But when FARC leaders asked Vega in February to participate in the group’s peace talks with the Columbian government in Havana, Vega displayed diplomatic skills befitting her title: she said she’d be open to the idea—as long as she also got an invitation from Colombia’s president, Juan Manuel Santos.

The Sony Pictures data leaks brought the revelation that after participating in Harvard University professor Henry Louis Gates’s PBS show “Finding Your Roots,” actor Ben Affleck asked that disturbing news about one of his ancestors be edited out. Gates agonized over the request but ultimately agreed, a decision that PBS later deemed a violation of network standards.

As part of his 2012 deal to sell his film-production company, Lucasfilm, to the Walt Disney Company, filmmaker George Lucas threw in story treatments for the next trilogy of Star Wars films. But after the $4.05 billion contract was signed, Disney went in a different direction with the films, reminding us that after a deal has closed, even the best BATNA enters the realm of “what might have been.”

6. The Real Housewives get real.

Three of the costars of The Real Housewives of New York banded together to demand higher salaries for the show’s new season from the show’s network, Bravo. But as their castmate, business mogul Bethenny Frankel, correctly noted, because the women didn’t have a strong BATNA, or best alternative to a negotiated agreement, “it’s all a useless exercise in nothing.”

Actor Harry Shearer tweeted that he was leaving the hit animated TV show The Simpsons after 26 years due to an impasse with Fox Television over his contract for the show’s next two seasons. Only after the negotiations turned private again were the parties able to hash out their differences.

In 2000, James Brown, the legendary “Godfather of Soul,” signed a will that earmarked his estate—valued up to $100 million—for scholarships for needy children. In the years since his 2006 death, these clear instructions have been repeatedly challenged and ignored by Brown’s descendants and other interested parties, a sad testament to the power of money to stir up our baser impulses.

When most of us have regrets about a deal that didn’t play out as we’d hoped, we try to make the best of it. Not Amy Schumer. As her career started to take off, the comedian had post-deal regrets about the $1 million book deal she inked in 2013. So she cancelled it, bided her time, and negotiated a deal worth at least $7 million more with a new publisher this year.

Apple announced plans to enter the market for streaming audio with great fanfare this year, though it was quieter about the fact that it wouldn’t be paying musicians for songs streamed during its first three months in business. After Taylor Swift called attention to the policy with a very public threat, the company bowed down to the almighty pop star and meekly promised to pay up.

Actress Jennifer Lawrence drew renewed attention to the gender pay gap this year when she revealed she’d held back from asking for more in salary negotiations for fear of being viewed as difficult. She resolved to bargain harder in the future, and Bradley Cooper, her frequent costar, said he was also trying to reduce salary discrepancies by negotiating in tandem with his female leads.