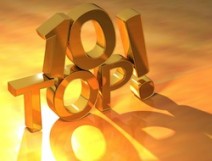 Hindsight is 20/20, and, as these negotiation case studies from 2014 demonstrate, the gift of hindsight translates into foresight at the bargaining table. Rather than unparalleled triumphs and victories, many of the 10 Best Negotiations of 2014 share a common theme of “making the best of a bad situation.” From climate change to Congress to Cuba, negotiators often found themselves trying to claw their way out of the darkness and into the light. Each offers a different take on negotiation strategy and exemplifies and win-win negotiation mindset. Here are 10 negotiations that business dealmakers fighting the tough battles can learn from:

We said he wildly overpaid. We said he was blinded by his passion for the sport of basketball. But former Microsoft CEO Steve Ballmer, who made a winning bid of $2 billion for the L.A Clippers NBA franchise in May, may have proven us wrong. In October, the NBA negotiated enormously lucrative new TV contracts that will pad league owners’ wallets to the bursting point. Even better, Ballmer got to look like a hero by paying to get former Clippers owner Donald Sterling out of the sport.

Given the drama that has swirled around personnel changes at late-night TV shows in the past—think Conan O’Brien and Jay Leno—it was refreshing to see how David Letterman, CBS, and Steven Colbert negotiated an uneventful changing of the guard at The Late Show. Advance planning—Colbert synced his Colbert Report contract with Letterman’s—and a long and trusting relationship between Letterman and NBC chief Les Moonves were key.

The award for the most brazen negotiating move of 2014 goes to the National Football League negotiators who tried to convince performers like Coldplay, Rihanna, and Katy Perry that they should pay for the right to play the 2015 halftime show. “I’m not the kind of girl who would pay to play the Super Bowl,” Perry let it be known before the NFL signed her on to a more straightforward deal.

Facing a raft of antitrust accusations in Europe, Google opted not to go the route taken by Microsoft of fighting the charges in court. Instead, Google negotiated a deal that allows it to avoid an official probe and a potentially huge fine from the European Commission by giving its competitors a boost in its search results. No fuss, no muss.

No, it didn’t happen every day, or even every month. But after years of gridlock, impasse, and bipartisan bickering, the fact that Congress was able to raise the debt ceiling without a budget showdown in February, and then avoid a government shutdown over the budget at the close of 2014, seems, somewhat sadly, worthy of mention.

5. The release of Bowe Bergdahl

Some members of Congress were sharply critical of the Obama administration’s decision to negotiate a prisoner swap with the Taliban that involved trading U.S. Army Sergeant Bowe Bergdahl for five Taliban detainees held at Guantanamo Bay, Cuba. But by demonstrating the power of patient and methodical negotiation to resolve tense situations, the talks serve as a reminder that there can be advantages to engaging with the enemy.

It may seem like the silver lining of a bottomless rain cloud, but Detroit’s ability to forge through bankruptcy in record speed has given some officials and residents renewed optimism that the embattled city is poised for a comeback. Mediation was the key to ensuring that the parties didn’t get bogged down in endless haggling over debt payments and retirement obligations.

3. The Department of Justice

Since late 2013, the DOJ reached landmark settlements of $37 billion with three of the largest U.S. banks—Citigroup, Bank of America, and J.P. Morgan Chase—for their role in the 2008 financial crisis. As recently reported by the Wall Street Journal, a lone assistant U.S. attorney searching for a needle in a haystack stumbled upon an incriminating J.P. Morgan Chase memo that paved the way for the government’s strategy. As the story shows, for negotiators, the devil is often in the details.

President Obama pulled off the first of two surprise year-end deals when he and Chinese president Xi Jinping announced joint promises to cut their countries’ carbon emissions, an agreement that may pave the way for a global breakthrough on the issue. Given that climate talks had been log-jammed for years, the big question is why no one thought sooner to give bilateral negotiations between the world’s worst polluters a serious chance.

In his other surprise deal of late 2014, Obama teamed up with Cuban leader Raúl Castro to announce a plan to normalize diplomatic relations between their nations. Backers of the secretive deal, which was 18 months in the making, praised Pope Francis for lending moral gravitas by serving as chief mediator.