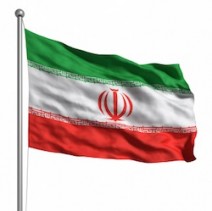 On November 24, the United States and five other world powers announced an interim agreement to temporarily freeze Iran’s nuclear program. The six-month accord is designed to give international negotiators time to negotiate a more comprehensive pact that would remove the threat of Iran producing nuclear weapons.

The talks had reached an impasse in early November, when Iranian president Hassan Rouhani insisted on his nation’s “right” to enrich uranium, as reported in the New York Times.

“National interests are our red line,” Rouhani insisted.
Western officials were confused by Iran’s unwillingness to budge. They were dangling what should have been a tempting carrot: the promise of lessened sanctions, which would provide significant financial relief to Iran.

Psychological research on “sacred values” explains why the strategy of offering financial incentives in exchange for a concession related to national interests may have backfired. In negotiation, virtually all of us have certain sacred values on which we are unwilling to compromise.

Those values can be political, religious, or personal. When sacred values are in play, studies show, any proposal of economic incentives to make a deal is liable to backfire. For the Iranian leadership, nuclear power appears to have become such an issue.

Conflicts over sacred values can often be alleviated by separating discussions of moral issues from those that concern money and finances, a research team led by Jeremy Ginges of the New School for Social Research and Scott Atran of the University of Michigan suggests.
Ultimately, the United States rejected Iran’s claim to having a “right to enrich” but agreed to allow Iran to continue to enrich at a low level, a concession that allowed a deal to emerge.

2 Responses to “Top 10 International Negotiations of 2013: A Temporary Agreement with Iran”