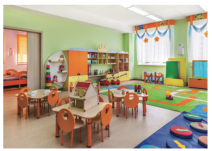 For investors and employees of office-space company WeWork, the April 1 news was no joke: Japanese conglomerate SoftBank, WeWork’s dominant shareholder, was reneging on an agreement to buy $3 billion of the company’s stock from them. A longtime financial backer of WeWork, SoftBank had agreed to the purchase as part of a bailout of the company. WeWork had been spiraling downward after calling off its planned initial public offering this past September amid revelations about its debt and other controversies.

SoftBank said it was canceling the purchase because of a slew of ongoing regulatory investigations of WeWork and the company’s failure to meet certain conditions of the stock purchase, such as obtaining antitrust approvals. But another significant problem went unstated: Because of the Covid-19 pandemic, the vast amounts of office space that WeWork leases and sublets to freelancers and small businesses were suddenly sitting empty, the Wall Street Journal reports. Social-distancing precautions and the resulting economic downturn were hitting WeWork hard, and there was no end in sight.

A WeWork spokesperson accused SoftBank of making “excuses” for pulling out of the agreement, saying the Japanese company was aware of the investigations when it agreed to the $3 billion stock purchase in late December. In a lawsuit filed April 7, WeWork accused SoftBank of breaching its fiduciary duty and sought to have the company follow through or face compensatory damages.

The Covid-19 pandemic has left a lot of organizations and individuals desperate to get out of deals they felt good about just a few months ago. The purpose of many agreements—renting a concert venue; hiring workers for a new café chain— evaporated overnight. Others simply became unaffordable after the stock market crashed.

But as SoftBank is experiencing, it’s not so easy to wiggle out of a signed contract; lawyers try to make them “ironclad” for a reason. In many cases, your goal should be to exit a deal while avoiding a lengthy legal dispute. Sometimes, you may have opportunities to adjust the agreement for the present or post-Covid-19 future. It’s important to think carefully about how to approach a contractual partner about ending or modifying your agreement. A framework from the world of dispute resolution can help.

When trying to resolve a dispute, people tend to focus on either power, rights, or interests, write William L. Ury, Jeanne M. Brett, and Stephen B. Goldberg in Getting Disputes Resolved: Designing Systems to Cut the Costs of Conflict (PON Books, 1993).

Your efforts to exit a contract are likely to vary widely depending on whether you approach other parties with a focus on power, rights, or interests.

Consider a dispute (based on a real story) that a childcare center in Israel faced in mid-March after finding out it would need to close indefinitely, per government mandate, to help slow the spread of the coronavirus. A group of parents got together and demanded that the center refund their payments for the rest of March and for April. The parents insisted the law entitled them to money paid for services they would not receive. But the center’s owners faced obligations to pay rent, taxes, insurance, and wages. If they returned the money, they likely would go out of business.

The parents used a rights-based argument that could lead to a lawsuit decided by a judge. A different group of parents might have used a more power-based argument, threatening to withdraw their children from the center permanently if they didn’t get refunds.

How will the courts rule?

Before trying to walk away from an agreement for pandemic-related reasons, consult with your lawyers and review the language in your contract regarding a possible exit.

In the world of mergers and acquisitions, the ability to walk away from a deal during the period between signing and closing (which typically lasts about three months) tends to be heavily negotiated, according to Harvard Business School and Harvard Law School professor Guhan Subramanian. Buyers generally can and do negotiate the right to exit the deal without a penalty if the target company experiences a “material adverse change,” or MAC, before closing. A MAC is a deterioration in the target’s business that devalues its worth, such as financial trouble. Typically, MAC clauses apply only to changes to the target, not the world at large.

Many companies are now taking a closer look at force majeure, or “superior strength,” clauses in their contracts to see if they might provide an out. Force majeure clauses acknowledge that unforeseen, unavoidable crises—from hurricanes to labor strikes to wars—sometimes justify a deal’s cancellation. Generally, for force majeure to be invoked, a disaster would have to render fulfillment of the contract impossible, rather than merely difficult. Many courts ruled that financial trouble triggered by the 2008 financial crisis did not fall under force majeure, Fast Company reports.

If your contract doesn’t cover unexpected events, your lawyer might research the legal doctrines of “impossibility” or “frustration of purpose,” which can apply when unexpected, unforeseeable events make contractual performance impossible or impracticable, according to Subramanian.

We don’t yet know how the courts will respond to arguments that the effects of the Covid-19 pandemic have made a contract difficult or impossible to enforce. All the more reason to take a creative, interest-based approach to negotiating contract exits with counterparts.

The benefits of exploring interests

Exerting your rights or power in a dispute can be an effective strategy for getting what you (think you) want. However, these approaches tend to escalate disputes. If the other side doesn’t bow to your threat or demands, you may find yourself in a tough financial or legal situation. Even if you do get your way, will you be happy with the outcome? If the childcare center refunded the money and went out of business, the parents would have to find new childcare after the pandemic subsides. If the center survives, will these parents want to entrust their children with people they have antagonized?

By looking at the situation more deeply, the parents might recognize that they had a long-term interest in keeping the center afloat and maintaining good relations with its owners and staff. Probing the center about its interests, they would have discovered that there was a real risk their demand could put the center out of business.

Equipped with this information, the parents could have negotiated an agreement that met both sides’ long-term interests. They might have agreed the center could apply previous payments to the first month of reopening or use the funds to stay afloat through the crisis and give the parents a discount upon reopening. The center might have offered to keep kids occupied online with storytime or art projects while parents worked; qualified parents might have offered the center financial or marketing advice in return. In this manner, competition gives way to cooperation and mutual gains.

From System 1 disputes to System 2 thinking

As the childcare center example suggests, when you’re thinking about exiting a contract, it’s important to focus not just on your power and rights but also on your interests. An interest-based approach to dispute resolution tends to generate greater satisfaction and better working relationships, and is often less expensive, according to Ury, Brett, and Goldberg. So, why do negotiators tend to overlook interests?

A lack of critical thinking may be to blame, theorize Hebrew University of Jerusalem law professor Netta Barak-Corren and Harvard Business School professor Max Bazerman. Human cognition can be divided into two basic systems, writes Nobel Prize–winning psychologist Daniel Kahneman in his book Thinking, Fast and Slow (FSG, 2011). System 1 thought is quick, automatic, and shallow—the minimal thinking we need to drive a familiar route to work or shop for groceries online. By comparison, System 2 thought is more effortful and complex—the type of thought required to solve a difficult math problem or respond appropriately when a friend shares an emotional story.

Moving through life on autopilot, we tend to approach most tasks with System 1 thinking—even complex contractual disputes, Barak-Corren and Bazerman hypothesize. When we’re feeling angry and wronged, power-based threats and rights-based lawsuits spring to mind. Often, these approaches are self-serving and shortsighted, aimed at meeting our immediate needs at the expense of our own long-term concerns and others’ interests. Only when we take time to think before reacting do we become capable of considering the deeper interests at stake, Barak-Corren and Bazerman believe. They soon plan to test their theory in the lab.

Research and real-world evidence have shown that negotiators who explore one another’s interests reach more mutually profitable agreements than those who focus on competing. So, if you want to get out of a contract, pause before making threats and demands. Explore your long-term interests and those of the other party. Discuss whether there are tradeoffs to be found that will save you time and money.