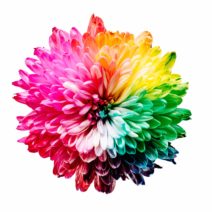 MESO negotiation techniques for negotiators include creating value at the bargaining table by identifying multiple proposals of equal value and presenting them to your counterpart simultaneously. By making tradeoffs across issues, parties can obtain greater value on the issues that are most important to them. But how can you be sure you’re making the right offer?

Victoria Husted Medvec and Adam D. Galinsky of Northwestern University argued that, in negotiations involving many issues, you can create a great deal of value by making multiple equivalent simultaneous offers or MESOs.

This strategy entails identifying several proposals that you value equally and presenting them to the other side. By making multiple offers, the theory goes, you appear more flexible, collect information about the other side’s preferences based on which offer she likes best, and increase the odds of reaching agreement (for more information on creative offers, see Beyond Winning: Negotiating to Create Value in Deals and Disputes).

Until recently, the value of MESO negotiation was based on logic rather than on empirical results. Medvec and Galinsky teamed with Geoffrey Leonardelli of the University of Toronto and Aletha Claussen-Schulz to show that making MESOs creates several benefits.

Across four studies, they proved that this strategy does, in fact, help create value for negotiators. In addition, making MESOs helps the offering party claim more value by more efficiently meeting the needs of the other side. Finally, while the offering party succeeds at both claiming and creating value, the other side perceives him as more flexible and accommodating. The only cost of this strategy is that it requires thorough preparation prior to the negotiation.

Have you ever used MESO negotiation techniques to create value in your negotiations?