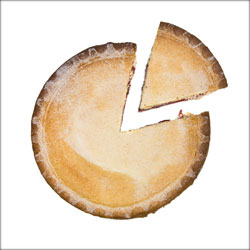 MESOs negotiation techniques for negotiators include creating value at the bargaining table by identifying multiple proposals of equal value and presenting them to your counterpart simultaneously. By making tradeoffs across issues, parties can obtain greater value on the issues that are most important to them. Victoria Husted Medvec and Adam D. Galinsky of Northwestern University argue that, in negotiations involving many issues, you can create a great deal of value by making multiple equivalent simultaneous offers or MESOs.

In our society, we’re bombarded with a multitude of decisions each day, beginning with the increasingly complex question of how to order our morning coffee. In his book The Paradox of Choice: Why More Is Less (Ecco, 2004), Swarthmore College psychology professor Barry Schwartz describes the contemporary phenomenon of becoming exhausted by “the tyranny of small decisions,” a concept developed by economist Fred Hirsch.

Studies of consumer behavior confirm that most of us would prefer fewer choices in our lives. In a 2000 study, professors Sheena Iyengar of Columbia University and Mark Lepper of Stanford University set up a tasting booth of high-quality jams in a gourmet food store. On one weekend, shoppers were able to taste six different jams. On another weekend, shoppers were offered 24 jams to taste. All the jams were available for purchase on both weekends.

As you might expect, the larger selection of jams attracted more people to the tasting table, though the number of jams people tasted was about the same on both weekends. Here’s the surprising result: 30% of shoppers exposed to six types of jam bought a jar, but only 3% of those exposed to 24 types did so.

Consumers can become so overwhelmed by the array of available options that deciding not to make any decision at all can be a relief, the researchers concluded. This lesson applies to negotiation as well. Your counterpart may say she wants as many choices as possible so she can make an informed decision. But if you hand her 10 or 20 proposals, she’s likely to feel overwhelmed and irritated—real stumbling blocks to reaching agreement.

What’s the right number of options to put forward? In their April 2005 Negotiation article, “Putting More on the Table: How Making Multiple Offers Can Increase the Final Value of the Deal,” Northwestern professors Victoria Husted Medvec and Adam D. Galinsky write that issuing three equivalent offers simultaneously can be a good strategy. They describe a software company that began initiating negotiations by presenting three equivalent software packages to its clients at once: for example, a $1 million package with payment in 30 days, the same software for $1.5 million with payment in 120 days, or an enhanced package for $1.35 million with a 30-day payment. Customers responded well to this strategy, and the company’s profits rose.

When you present multiple equivalent simultaneous offers, or MESOs, you show other parties the issues you value most. In turn, their reactions to your offers tell you about their priorities. Together, you can craft an agreement that accounts for everyone’s most important interests. What’s more, MESOs give negotiators the choice they desire without sending them into decision paralysis.

Have you ever had success with MESOs? Share your story in the comments.

Adapted from “Will Your Proposals Hit the Mark?” first published in the Negotiation newsletter.