Corruption: The Unaddressed Elephant
on the Global Stage 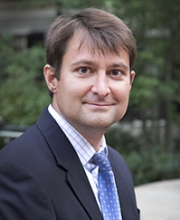 Research Director of the Edmond J. Safra Center for Ethics and Research,
Fellow at the Harvard Initiative for Learning and Teaching

William English is the Research Director of the Edmond J. Safra Center for Ethics and a Research Fellow with the Harvard Initiative for Learning and Teaching. As a fellow with Harvard’s Ethics Center, English has pursued empirical and normative investigations of institutional corruption and is currently working on a book that explores common sources of institutional corruption and strategies for reform. His other research interests include ethical persuasion and its role in institutional change, civic education, and the biological foundations of human behavior. English’s published work has appeared in the American Political Science Review, the Journal of Theoretical Politics, and Society. Prior to coming to Harvard, English was a Post-Doctoral Research Associate with the Political Theory Project at Brown University, and he received his PhD in Political Science from Duke University. In 2016, he will join the Strategy, Economics, Ethics, and Public Policy faculty of the McDonough School of Business at Georgetown University.

Vladimir Radomirović is an investigative journalist from Serbia and 2015 Nieman fellow. He has reported for and edited a number of newspapers, magazines and TV stations in Serbia and Bosnia-Herzegovina and his work also appeared in the Sunday Times of London and Nieman Reports. In 2010 Radomirović co-founded Pištaljka, a whistleblowing website that publishes investigative stories on corruption in Serbia. Radomirović is editor-in-chief of the website that has become a household name for anti-corruption efforts in the country. Pištaljka advocates for the rights of whistleblowers, engages in whistleblower protection and investigates tips coming from the public. The website has published dozens of stories of high-profile corruption, including cases of conflict of interest of government ministers that have ended in official prosecution.