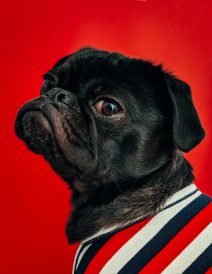 Do you view negotiation as an innate skill or one that can be learned? Do you think attitudes in negotiation can change an outcome, or is what’s on the bargaining table all that’s necessary to reach a deal?

Some of us think that we can improve your negotiating ability, and others believe there’s little hope of improving our negotiating skills, researchers Laura Kray of UC Berkeley and Michael Haselhuhn of the University of Pennsylvania have found.

These beliefs make a difference. If you think people can improve their negotiation skills, you’re likely to outperform those who believe negotiation prowess is innate, according to their research and the Elfenbein study.

It seems that simply being aware that you can improve your results can have a positive impact on your talks. Research also finds that those who approach negotiations with a positive attitude and high expectations tend to perform well.

But what about negative attitudes in negotiation?

Many people consider negotiations to be stressful and threatening. Others view them as challenges to be overcome. Do these different attitudes in negotiation influence the outcomes that people reach?

In a series of laboratory studies, O’Connor and Arnold confirmed that some people view negotiation as a threat, and others view it as a challenge.

The researchers examined the outcomes achieved by the study of participants who placed themselves in one of the two categories. When talks had integrative potential (also called a win-win situation), participants who viewed negotiation as a challenge were better at identifying and capturing opportunities to expand the pie than were those who viewed it as a threat. But in purely distributive (win-lose) negotiations, no significant difference in outcomes existed between the ‘threat’ and ‘challenge’ groups.

For those who view negotiations as stressful, O’Connor and Arnold’s results provide motivation to boost your confidence.

Do you visit haggle-free car dealers because you find car buying to be stressful? If so, this research suggests that you might benefit from haggling at a more traditional car dealership because buying a car is primarily a distributive exercise.

In addition, negotiating a satisfactory purchase price might reduce your stress level in future integrative negotiations, where stress can hinder the process of value creation.

Have you experienced a negotiation where an attitude, or stress, impacted the outcome?