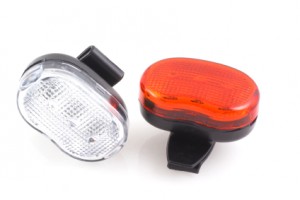 Suppose you work for a specialty bicycle manufacturer and have negotiated a one-year contract to buy 500 headlamps per month from a supplier for $10 each, with payment due 30 days after receipt. The seller makes five deliveries; you promptly pay $5,000 after each shipment. The seller fails to make the sixth delivery, however, and announces it will not be able to make any of the remaining shipments because of a production glitch that has made the headlamps extremely expensive to produce. What recourse do you have?

At this stage, most businesspeople would assume that it’s time to sue for breach of contract and hope to be awarded damages. But the pursuit of monetary damages can cause you to lose sight of your real goal—getting the job done. In fact, you don’t need to resort to a lengthy and expensive court case to achieve your goal. Instead, when formulating the initial contract, you can—and should—specify what will happen if one side violates the contract.

Negotiating damages up front can result in greater certainty, lower legal fees, and enhanced opportunity for value creation. In some situations, negotiating damages in advance can mean the difference between a deal and no deal.

In the United States, the law of contracts permits you to specify liquidated damages, or the amount to be paid in the event a contract is breached. Liquidated damages provisions can be used in a variety of commercial contracts, ranging from franchise to construction agreements.

Let’s imagine what might have happened if you had negotiated damages upfront in the bicycle headlamp scenario. The initial contract might have specified that the supplier pay you $500 for every missed shipment. When the supplier later announces that it won’t make any further deliveries, you simply demand $3,500 for the remaining shipments, rather than asking the court to determine your lost profit. If your supplier refuses to pay, the resulting court hearing will be more straightforward.

Courts will generally uphold reasonable liquidated damages when actual damages are difficult to determine, as is often the case. Knowing this in advance, parties will be more likely to settle their dispute without resorting to litigation. The result: greater certainty and reduced legal fees for both sides.

Adapted from “Before the Damage is Done,” by Guhan Subramanian, professor, Harvard Business School and Harvard Law School.