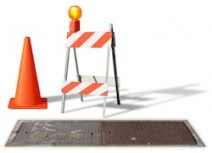 Make sure you draft the best negotiated agreement possible, or else deal with the flaws down the road

Whatever the root causes of faulty drafting, negotiators need to better understand and manage certain aspects of the deal drafting process. Here are three ways to ensure that breakdowns don’t occur on the way from handshake to contract:

1. Communicate the Motivations Behind the Deal.

Experiences indicates that communicating with your lawyers the motivations behind a deal is well worth the time. On Wall Street, a common refrain among junior corporate lawyers is that they have a solid grasp of the legal rules governing deals but no understanding of the underlying business motivations. Without the latter, mistakes are far more likely.

In a past drafting debacle, DVD distributor Image Entertainment tried to establish a staggered board to coincide with its August 2005 reincorporation from California to Delaware. (When a board is staggered, one third rather than all directors stand for election each year.) The lawyers goofed, drafting reincorporation documents such that the staggered board would not go into effect until 2006.

Why would one year matter?

In late 2005, Lions Gate Entertainment made an offer to buy Image. Image refused. A financial advisor to Lions Gate pointed out that because Image’s board was not yet staggered, Lions Gate could take over the entire Image board at its annual meeting, scheduled for August 2006. In March 2006, Lions Gate announced it would attempt to do just that.

Lions Gate clearly gained a significant advantage over Image’s drafting error. In June, the court presiding over the case ruled that all the board seats would be up for reelection. If even junior executives at Image had taken a few minutes to read the deal documents, they could have avoided this potentially disastrous outcome.

3. Have the Drafters Read It Back to You in Plain English.

Anyone can spot the difference between “2005” and “2006” but deal makers may have more trouble grasping the legalese. Don’t just assume that your lawyers have gotten it right. The more complicated the deal structure, the more likely it is that you’ve made a mistake.

Schedule time for your lawyers to present the deal back to you in “plain English.” Ask pointed question that test the boundaries of the deal documents and push hard on “What if?” scenarios with real business consequences.

For example, in a real-estate negotiation a session between a developer and his lawyers revealed important overlooked contingencies. The developer was able to point out the ambiguities to his counterpart and renegotiate several key terms.

Lawyers generally won’t have a strong sense of which hypotheticals matter and which don’t unless you tell them.

No deal document can cover all eventualities, so it’s important to stress test the contract to ensure that it captures plausible and economically meaningful contingencies.

Adapted from “From Handshake to Contract: Draft the Right Agreement,”by Guhan Subramanian in the October 2006 issue of the Negotiation newsletter.