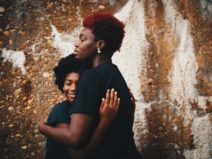 Disputes that arise in the home, such as those between parents and children are often the most difficult kind of negotiation you may face. Getting a good night’s sleep and eating a healthy dinner might seem like obvious goals for parents to have for their young children, but kids won’t always agree. When faced with back talk, tantrums, and tears, most parents vacillate between laying down the law and giving in, depending on how irritated or exhausted they are in the moment.

Scott Brown, a founding member of the Harvard Negotiation Project at Harvard Law School and the father of four young children, suggests that there’s a better way to cope with family conflicts. In his book How to Negotiate with Kids . . . Even When You Think You Shouldn’t (Viking, 2003), he outlines a framework that’s based on the same mutual gains, integrative negotiation techniques that are described each month in the Negotiation Briefings newsletter. Although his advice is tailored to kids aged two to 12, the principles extend to teenagers and adult children as well.

Negotiation strategies for persuasion and creative solutions for ending a conflict

Here are three principles of “persuasive parenting” from Brown’s book that will empower you and your child to negotiate lasting, creative solutions to conflict.

1. Deal with your own emotions first. The feelings that flood us during times of stress block rational thought and lead to knee-jerk reactions that exacerbate conflict with our kids. That doesn’t mean you need to hide your emotions from your children when you’re upset. The trick is to strike the right balance between emotion and reason.

As in professional negotiations, thorough preparation is the first step. Think about your hot-button issues in advance. When your temper flares, try to find a few quiet moments to take some deep breaths. Next, consider your child’s perspective. If your son has tracked mud from the front door to the couch, think about what he may be feeling. He might have had a bad day at school, just as you’re worn out from work. When we think about our children’s inner lives, we have more sympathy for their behavior and gain more control over our own emotions, writes Brown.

2. Help her cope with her emotions. As parents know, children tend to be more emotional than adults. When we disapprove of a child’s emotions or respond to them with cold, hard logic, says Brown, she’s likely to feel ashamed or misunderstood. Suppose your daughter starts to cry because her older brother gets to stay up later than she does. She’s not going to be comforted by your explanation that she’ll get to stay up later as well in a few years.

For this reason, you’ll need to prepare for your child’s emotions and help her cope with them. If bedtime is particularly stressful for your daughter, set aside time to read and talk with her. By paying close attention, you can identify your child’s hot buttons. And when you help her face minor disappointments, you create a safe environment for emotional growth.

3. Listen to learn. Students of negotiation understand the value of active listening. Listening improves your counterpart’s mood and costs you nothing but your time. And when you listen, you learn about the other party’s interests rather than his positions.  Unfortunately, most parents don’t listen very well, according to Brown – and their kids would be the first to agree. You may be so busy that multitasking seems to be the only option, but you’re not likely to listen well to your child while you’re driving or preparing dinner. Instead, schedule one on one quiet time to find out what’s on your kid’s mind. Listen closely and acknowledge his feelings, resisting the urge to jump in with solutions and judgments.

How do you handle negotiation with your children? Share your story in the comments.

Adapted from “Negotiate Better Relationships with Your Children,” first published in the Negotiation newsletter, February 2008.

No Responses to “Negotiation with Your Children: How to Resolve Family Conflicts”