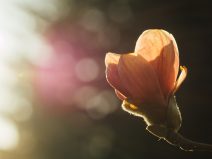 Deceptive tactics in negotiation can run rampant: parties “stretch” the numbers, conceal key information, and make promises they know they can’t keep. The benefits of negotiation in business offer strong incentives to detect these behaviors. Unfortunately, however, most of us are very poor lie detectors.

Even professionals who encounter liars regularly, such as police officers and judges, perform not much better than chance at detecting deception, Professor Paul Ekman of the University of California at San Francisco has found in his research. That’s in part because the most common signs of deception, such as increased blinking and grammatical errors, tend to be quite difficult to notice and interpret correctly. In addition, it may be difficult or impossible to determine whether a counterpart’s particular claim is true or not.

If we can’t count on being able to detect lies, a more fruitful approach may be to find ways to discourage our counterparts from engaging in deceptive tactics in negotiation in the first place.

In a 2014 study in the Negotiation Journal, researchers Denise Fleck, Roger Volkema, Sergio Pereira, Barbara Levy, and Lara Vaccari proposed different negotiation techniques that could ward off deceptive acts and promote principled negotiation. These moves can flag your counterpart for both the short- and long-term risks of deceptive tactics in negotiation.

When you’re seeking to negotiate business contracts, the following 10 moves may foster honesty in your counterpart:

How effective is each move at curbing deceptive tactics in negotiation? That may remain to be seen. In a lab experiment, Fleck and her team found that when participants used these moves in their negotiations, they did so too late in the game to effectively deter deception. Moreover, they sometimes combined these tactics with their own unethical behavior.

Further research is needed to test the effectiveness of these 10 moves at reducing deceptive tactics in negotiation. However, given the benefits of negotiation in business, you have strong incentives to try to promote more honest behavior and avoid failed negotiation by using these strategies proactively throughout the negotiation process.

What other strategies have you found helpful in deterring deceptive tactics in negotiation?

One Response to “Deceptive Tactics in Negotiation: How to Ward Them Off”